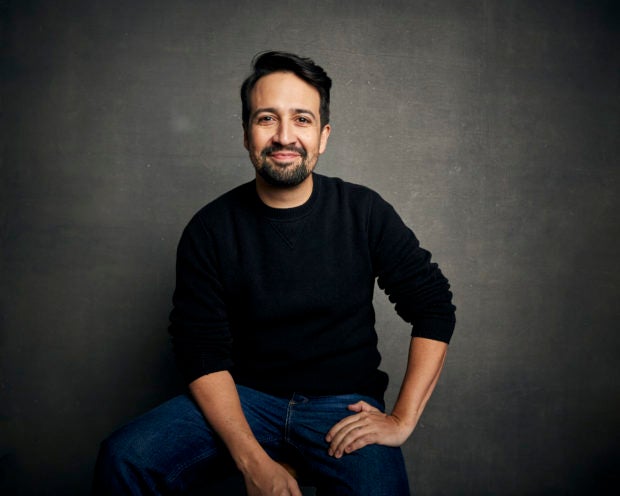 NEW YORK — You’ve probably seen or heard the highly scripted side of Lin-Manuel Miranda. Now get to know the unscripted one.

The playwright, actor and songwriter this month follows up the streaming live capture of his triumphant Broadway musical “Hamilton” with a documentary on Hulu showing his impressive hip-hop improv skills in “We Are Freestyle Love Supreme.”

Director Andrew Fried turned his camera on in 2005 when the troupe did a run of shows at the Edinburgh Fringe Festival and then charts the group’s development over the years, capping it with a 2019 Broadway run. In her review, Associated Press film writer Lindsey Bahr called it “essential” to Miranda disciples.

Miranda describes the improv group as a crucial creative spark to his more formal stage shows, which include the Tony Award-winning “Hamilton” and “In the Heights”.

“The fact that I have this other artistic output forced me to be present and create lyrics on the spot. It made me a better writer.”

The virus pandemic and calls for social justice have scrambled the original schedules for the documentary and “Hamilton.” Disney had wanted “Hamilton” to be in movie theaters in October, but put it on Disney+ and moved it up to coincide with Independence Day. “We Are Freestyle Love Supreme” was supposed to go first in June but that was pushed back to Friday in the wake of Black Lives Matter protests.

Miranda hasn’t been stressed over the changes and is actually relieved that “Hamilton” — the show everyone has been clamoring to see — arrived first. “It’s all happening the way that it’s supposed to happen,” he says. “I’m really grateful ‘Hamilton’s” out first.”

The documentary gives fans of “Hamilton” a chance to see when Miranda’s talent was forged. For the man himself, it’s a timeline of his career. It opens before he started dating the woman who would be his wife and the mother of his kids. And he’s at a professional low point: He’s just been told “In the Heights” is not ready for the stage.

“It was all of it. It was the freedom and it was the terror,” Miranda recalls of those early days. Of the film’s long look, he adds: “It’s an enormous, life-changing slice of time. And yet we’re the same. We’re the same idiots.”

Many of those same so-called idiots joined Miranda to make history with “Hamilton,” the 11-time Tony-winning juggernaut which would earn him a Pulitzer Prize and a best-selling album.

The filmed version on Disney+ features the original Broadway cast and was captured in the summer of 2016 at The Richard Rodgers Theatre in front of a raucous crowd.

Interest has been intense: Twitter says there were 2 million tweets about the show over the July Fourth weekend and Billboard said the cast recording rose to No. 2 on its albums chart. Mention of the show even made it into a recent Supreme Court opinion.

Despite the acclaim, there has been criticism that the show avoids the Founding Fathers’ reliance on slavery, a criticism that has gotten louder in the wake of civil rights protests. Miranda says all criticism is welcome

Miranda worked on the musical for six years and said he put as much as he could into the 2 1/2 hour show. “The goal is now ‘You take it from here’ and the conversation continues from there,” he said. “You know, ‘Evita’ doesn’t cover all of Evita’s life.”

His stage shows have always hired Black and minority actors and Miranda says the arts — and Broadway in particular — must take the time to reexamine hiring and representation.

“I see people having difficult discussions. And so I’m hopeful,” he says. “It’s a good time to take a look at everything that’s wrong with business as usual.” IB

‘Hamilton’ film director reveals details—30 cameras used, which songs were shot with and without audience