Ice comes clean about his battle with depression 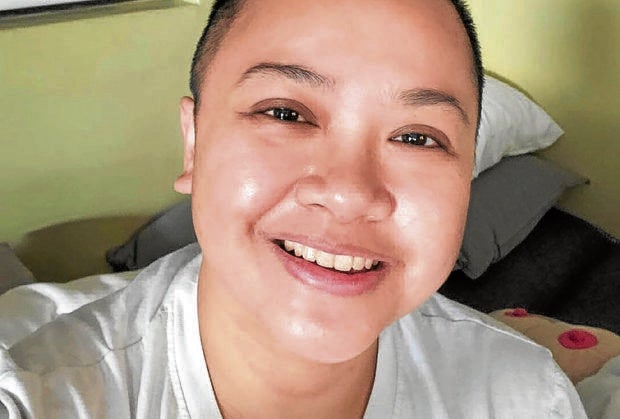 Former National Youth Commission (NYC) chair Ice Seguerra said he gave up his government post in 2018 because he was battling depression.

“I knew that if I couldn’t give my 100 percent, then I didn’t deserve the job. That would also mean I would be cheating the young people I served,” Ice told Inquirer Entertainment in a recent tell-all interview.

Ice was diagnosed with clinical depression in 2003. He said that in the beginning, depression had been “in tandem with anxiety.”

“At the time, I still didn’t know what my condition was,” Ice recalled. “Sometimes, I was too paranoid. There were times when I would just cry. I couldn’t understand myself. I had no appetite or would just vomit what I ate. I’d lie down all day because it was too difficult for me to stand up. I simply stopped taking care of myself.”

Ice explained that while depression is an illness of the mind, it also weakens one’s body, particularly the immune system. “I started getting sick. I would get asthma attacks or terrible migraines, which I went to see a doctor for. It turned out that my migraines weren’t caused by anything. I was told to see a psychiatrist.”

Cut to 2017, Ice said the illness recurred when he was still part of NYC. “I know I wasn’t happy. I took a break from work and traveled to Japan with my wife (Film Development Council of the Philippines chair Liza Diño). We also spent the Christmas holidays together; but when January came and we both had to go back to work, that was when I started feeling bad again. I couldn’t get up from the bed. I kept crying. That’s when I decided to resign.”

Ice thought that when he did, things would all go back to normal for him. “I also thought that I’d be able to immediately return to singing and recording, but I realized that in the two years that I wasn’t in the business, the whole landscape changed. I had a hard time coping.

“Selling physical records has changed to digital. Everything has gone online—and I’m not techy at all. I’m also a very private person and hated doing social media,” Ice confessed. “I quit one thing to go back to doing what I thought I knew best, but things there also changed. I got derailed. I went back to my psychiatrist. I’ve been taking antidepressant medicine every day for over two years now, as well as meds for anxiety.”

Ice recently discovered his passion for directing live shows and “started living again.” This was when he thought of putting up his own events company called Fire and Ice.

“I felt better. When 2019 was about to end, I said 2020 will be the year that I will focus on Fire and Ice. I’ve already made plans for shows, but the pandemic happened,” Ice said, adding that he has not had any work since March because of the lockdown.

His last live show in the United States was with Moira dela Torre. This was supposed to be a four-day event, but was cut to two because of the pandemic. “To be honest, I’m just grateful that my wife has a regular job. That’s what’s keeping us afloat, and also my savings,” he confessed.

Ice described his experien­ces during the last two years as a roller-coaster of emotions. “When you’re depressed, you don’t just feel sad, you also don’t feel happy. You know me, I’m very passionate about my music. With depression, you lose that; you just feel empty,” he explained.

Asked how he’d react to the comment that “depression is all in your mind,” Ice also said: “That’s correct. It’s the mind that’s sick. That’s why it’s called clinical depression. It has something to do with my serotonin level being low. If it’s all in the mind, then everybody can just snap out of it. I would love to do that.”

Talking about his condition has sometimes helped him bounce back, Ice said. “I see no fear and embarrassment in talking about it. I want to assure them that this can be treated, they only have to ask for help,” he declared.

Aside from seeing his doctor every two weeks and taking his antidepressants every day, Ice said he has been studying Buddhism.

Asked about the effect on him of his dad having cancer, Ice shared: “If there’s one good thing that happened as a result of his illness, it’s that it has brought the family closer. My family used to avoid talking about serious stuff. We like to just joke around. Finally, we’re able to do that recently. My dad was finally able to tell me things that he had wanted to say back when I was younger.”

Ice’s dad, Decoroso “Dick” Seguerra, was diagnosed with Stage 2 prostate cancer in 2013. He underwent radiation therapy because the family has decided against chemotherapy since he is already 77. They recently hired a caregiver for him because Ice’s mom, Caring, is almost 80. INQ