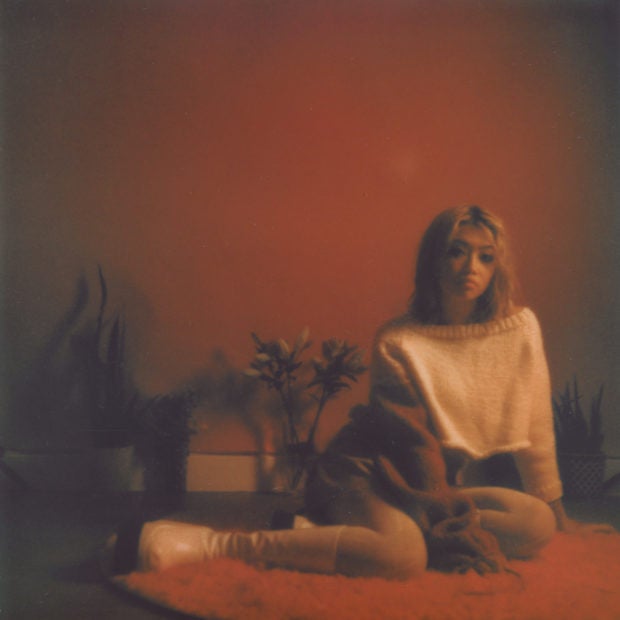 Born in Iloilo City, the rising Filipino-British music artist Beabadoobee immigrated to London with her parents when she was just 3 years old. She doesn’t have much recollection of her early days in the Philippines, but there was one thing that helped her connect with its culture, despite the distance—music.

Beabadoobee, whose real name is Beatrice Laus, grew up listening to OPM. She finds the romantic melodies distinctive. She likes the Itchyworms and Apo Hiking Society. She thinks the Eraserheads is the “coolest,” especially its “Sticker Happy” album.

Though, admittedly, she wouldn’t be able to name all the Filipino songs her mother used to play and listen to, she believes that they have unwittingly influenced her work in one way or another.

“I think the language is entrancing, it feels genuine and honest… And yeah, I’m definitely inspired by Filipino culture and music, because I grew up with those,” she told the Inquirer in a video interview. “They do resonate with my music, sometimes in ways I don’t even notice. They kind of slip their way in. And I think that’s really cool.”

Bea attended a predominantly white all-girl Catholic school. As a Filipino, she felt that she didn’t truly fit in. She was a little bit of a rebel. After 12th grade, she was told that she would have to find another school to continue her studies. “I got kicked out, it was horrible,” she related. “My parents were like, ‘What the hell’s going on?’”

The 20-year-old singer-songwriter recalled being shy about having Filipino food for lunch at school when she was much younger. “And it makes me sick when I say that these days, because I’m proud of who I am, and to represent a country that’s home. But growing up, it was really hard trying to find girls like me,” she related. Bea has been touted by critics and industry insiders as one of today’s most promising up-and-coming artists. The past year saw her making it into a number of “to-watch-out-for lists,” and earned recognition from award-giving bodies: She earned a nomination in the Rising Star category of the 2020 Brit Awards and won Under the Radar trophy at the 2020 NME Awards.

She started putting out music in 2017 and has since attracted a considerable Gen Z following, with her brand of confessional bedroom pop and lo-fi aesthetic. Her first song, “Coffee”—written with a second-hand acoustic guitar—quickly went viral on YouTube, piquing the interests of not a few record labels, including her Dirty Hit, with whom she ended up signing.

“Coffee” remains her most streamed and has enjoyed a resurgence this year, after it was sampled by Canadian singer-songwriter Powfu in his hit “Death Bed (Coffee for Your Head).” She has also released five EPs so far: “Lice,” “Patched Up,” “Loveworm,” “Loveworm (Bedroom Sessions)” and “Space Cadet.”

Though her earlier works have more indie pop, DIY vibe, her newer ones—set to appear in her coming 12-track, debut album, “Fake it Flowers” (Oct. 16)—sound truer to her fascination with 1990s alternative-rock, a genre and era that has had a profound impact on her artistry.

The lead single, “Care,” is an angsty song packaged in a “fun, more positive” production—something the girls can dance and get angry to,” she said of the song, which also talks about confronting her past and her frustrations over being misunderstood. “It’s quite a personal song.”

“Writing about it really opened my eyes: Not everyone is going to understand you, because not everyone has gone through the same things as you. I wrote the song at a time when I was feeling frustrated. I was getting sympathy from people, which wasn’t what I actually wanted. I wanted to be understood,” she related.

The recently released second single, “Sorry,” on the other hand, is “darker and heavier”; more “personal and detailed.”

Earlier this year, Bea was chosen as the opening act for the “Music for Cars” world tour of her label mate, the British pop-rock band The 1975. They were supposed to continue holding concerts in North America and other European cities, but the COVID-19 pandemic happened. 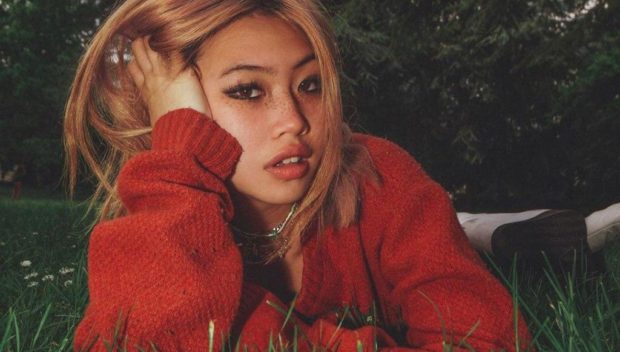 The rising Fil-Brit singer was born in Iloilo.

Bea is currently staying in a house-turned-studio, making music and being mentored by The 1975 lead vocalist, Matt Healy, and drummer, George Daniel.

The rest of Bea’s interview with the Inquirer:

Your new singles remind me of ’90s alternative rock.

It was inspired by that era of music. The sound is obviously going to resemble that the most, because that’s what I’m exposed to; it’s what I listen to a lot. I really love Pavement, My Bloody Valentine, the list goes on. Alanis Morissette, The Cranberries—all these amazing female leads. And I believe that seeped into my music.

Some of the things I listened to early on was because of my mom, but eventually I started exploring on my own.

Is this how the rest of “Fake it Flowers” will sound like?

The album is super personal and all the songs are very genuine. “Care” represents the happier-sounding, danceable side, while “Sorry,” is more detailed and serious… But I guess the songs give off the same feeling of nostalgia, something that reminds me of the time when I was growing up.

Will there still be lo-fi stuff or songs similar to what you released earlier in your career?

There are songs that touch base with that time, like “Coffee,” which was recorded on a cassette, with my guitar. Some of the songs are like that. The album touches base with everything I have ever done. Some are like “Space Cadet.” I want to have a song for everyone in the album.

Your style of music has been labeled different things. But how would you describe it yourself?

I would say alternative, but it’s hard putting into a box… I’m happy and comfortable with what I’m doing now.

Your singing sounds more assertive, too.

I think I have grown comfortable with music the way I write and the key I write my songs in. It just happened quite naturally. I grew up. And I think I gained more confidence as I listened to more and more music.

“Coffee” became popular a second time after Powfu sampled it. What was your reaction?

Powfu is a really nice and talented guy. It’s weird that someone sampled my song and it blew up the way it did. But I’m really grateful that it happened, because it helped more people discover that type of music; it helped people discover my music.

The song is very personal and it’s quite overwhelming when you get so much attention from out of nowhere, from something so pure. But it’s freaking cool at the same time.

Are you comfortable with the attention you have been getting now?

I don’t think I’m going to be comfortable with it for a while. The idea of attention, of people knowing who I am and my music is super cool. But at the same time, it’s so alien because I grew up being in the background.

I really didn’t expect music to happen. I just wanted to play the guitar and be in a band. All of these are unexpected, and I feel like I’m still not up for this kind of thing.

Do you feel pressured because of your Brit Awards nomination?

The things I got nominated for, the things I have gotten the past year are super cool. Do I feel pressured? Not really because I don’t think I fully understand how these things (awards-giving bodies) work. I just get happy and excited and I want to keep it that way. It keeps me genuine and humble. It’s excitement more than pressure. I’m just riding the wave.

Do you still visit the Philippines?

I used to go every year but then we stopped for a while. But last year, I returned there with my boyfriend… I would love to go back after the quarantine and check out the underground music scene, because I’m intrigued.

How was your creative process amid the pandemic?

I really had a bad writer’s block in the beginning. It’s a weird time to be creative. I had just finished my album and it’s hard to write new music straight away.

I’m now with Matt and George, working on an EP, which will come out after the album.

Were you disappointed about the tour postponement?

It sucks, but it’s nice being in the house with half of The 1975. It’s nice spending time with people I look up to. Even if we go out of a session without a finished song, I still walk away with new knowledge that will help me in the long run.

Do you see yourself doing this for a long time?

I would like to do it as much as I can. But I would also want to be a nursery school teacher and create movie soundtracks. INQ