Boy, 6, who suffered dog bites to save sister gets superhero praises from Hollywood stars 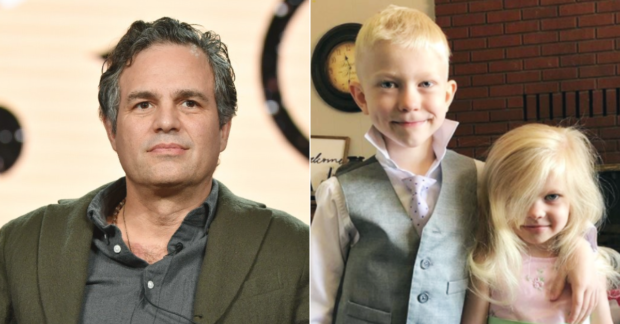 Mark Ruffalo (left) described 6-year-old Bridger as “more of man than many, many I have seen or known.” Image: Amy Sussman/Getty Images/AFP, @nicolenoelwalker

A 6-year-old boy who stepped in to save his sister from an attacking dog has received rousing messages from Hollywood stars who themselves have played superheroes, such as Mark Ruffalo and Anne Hathaway.

When a dog charged at Bridger and his sister, the boy chose to go in front of his sister and take on the attack, his aunt Nikki Walker said on Instagram July 11. He then took his sister’s hand and ran away from the dog.

The incident, which took place on July 9, left Bridger with bites on his face and head that required about 90 stitches.

“He later said, ‘If someone was going to die, I thought it should be me,’” Walker recalled.

His aunt has reached out to actors who have starred as superheroes in Marvel movies “so they can learn about this latest addition to their ranks.”

Mark Ruffalo, who portrays the Hulk in the Marvel Cinematic Universe, responded in a comment: “People who put the well beings of others in front of themselves are the most heroic and thoughtful people I know. I truly respect and admire your courage and your heart.”

“Real courage isn’t dominating people or fighting against people or walking around like a tough guy. Real courage is knowing what is right to do and doing it even when it might end up hurting you somehow,” he wrote. “You are more of man than many, many I have seen or known. With Admiration… Mark Ruffalo (Bruce Banner/Hulk/Professor).”

“I’m not an Avenger, but I know a superhero when I see one. I can only hope I’m half as brave in my life as you are in yours, Bridger,” she said.

Walker said in another update on Instagram that Bridger’s “wounds are looking so much better! He’s in great spirits, and his awesome personality is intact.”

“He can’t smile too widely yet, but he was grinning as I read some of your comments to him,” she said.

Walker noted too that the dog’s owners “are really great people who have been nothing but kind to Bridger and his family.”  /ra

Boy, 12, leaves puppy at shelter to protect it from abusive dad