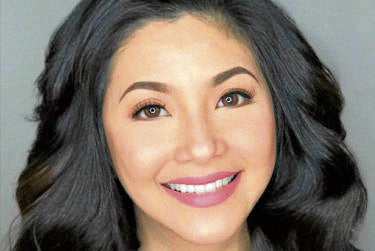 Singer-actress Regine Velasquez reveals why she now turns down offers to do dramatic roles. “They affect me so much physically and emotionally that I often faint,” she explains. “Drama is just too hard. It’s difficult to cry on cue. Also, I’m the type of actress who can’t let go of my character so easily. When I’m already able to get the right emotion, I just can’t shake it off when I leave the set. I unconsciously bring home the character with me. After a while, I’d get a really terrible headache and then chest pain. Soon after, I’d hyperventilate and then faint.”

She recalls that her most dramatic performance was for Joyce Bernal’s “Paano Kita Iibigin” (2007), opposite Piolo Pascual.

“It has comedic elements to it but it’s Eugene Domingo who provided the comedy, not really me. I was serious there the whole time,” she tells. “I got really emotional and I fainted. I don’t want to keep doing films like that anymore. I’m OK with doing a little drama, especially when I know that there will be light moments, too, and that the movie has a happy ending.”

She adds: “I like doing romcom (romantic comedy films). They’re in my comfort zone.”

“I am my own worst critic,” admits Regine, who also says she cringes whenever she watches herself perform on television or on the big screen.

“I know I have to watch, too, in order to figure out which aspect of my acting I should improve on. It’s just that sometimes, I really can’t stand it,” she says while laughing. “These days, I simply ask my husband (singer-comedian Ogie Alcasid) what he thinks of my work. He’s the only guy I listen to. He’s my Mang Gerry now.”

Regine was referring to her late father, Gerardo “Mang Gerry” Velasquez, who was her mentor and trainer. He passed away in 2014.

“I don’t care about what other people say. The most important opinion for me now is my husband’s,” she declares.

ADVERTISEMENT
Read Next
Story comes first for Alanis
EDITORS' PICK
PNP: Checkpoints back in MECQ areas
Water remains our saving grace right now
A gem of a residence in the new normal
Smart 5G goes live
Been there, done that but what’s the difference between MECQ and GCQ?
BREAKING: 3,226 latest COVID-19 cases bring PH’s total to 106,330
MOST READ
MECQ guidelines in infographics
MECQ in NCR, other areas: Mass transportation suspended, quarantine pass required anew
Doctors group to Duterte: ‘There was never a call for a revolt’
James Corden reportedly in talks to replace Ellen as host of the scandal-plagued Ellen DeGeneres Show
Don't miss out on the latest news and information.