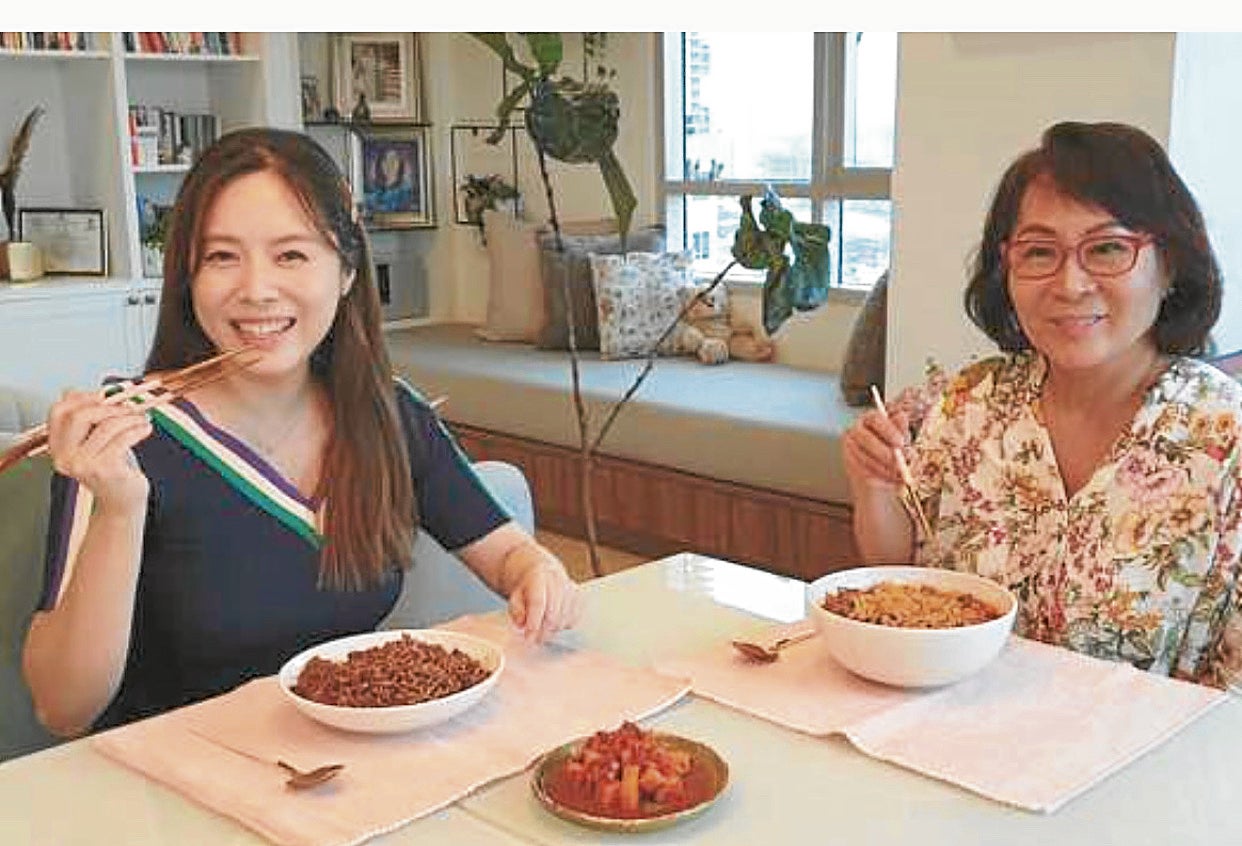 Just like many Pinoys, the quarantine period has made me join the “K-drama Kulto.” My mantra now goes, “I no longer want drama in my life unless it’s K-drama.”Binge-watching Korean shows serves as an antidote to the stress brought about by the pandemic. “Ko-vid” (Korean videos) chases our Covid blues away, somehow.

If there’s one Pinay who’s an authority on anything Korean, it’s Grace Lee. I fondly call her “Yeppuda” (beautiful). She put up her own YouTube channel, which features cooking demos of dishes that we see in K-dramas and other interesting stuff. Hallyu-luia! (Hallyu refers to the Korean wave.)

Here’s my chat with Grace:

Grace Lee TV is a personal channel where I get to share the joys of my life—food, travel and beauty. We have begun with few episodes of Korean cooking, together with my mom. We collaborate to make our favorite Korean dishes, which are easy to replicate at home. Key is authenticity and simplicity of the recipes.

Please share a quick and easy recipe from a K-drama dish.

Tell us a bit about the K-drama that you did.

My production company Glimmer coproduced “The Forest,” starring Park Hae-jin. Hence, there were parts of the drama shot in Manila. The director had suggested a cameo role of a doctor attending a conference in Manila, since I was already involved in the local production. I’m always eager to try something new, and it was a fun experience.

What are the top 5 K-dramas you highly recommend?

Not necessarily in order: “Mr. Sunshine,” “The Light in Your Eyes,” “Dr. Romantic 1,” “My Love from the Star” and “Hospital Playlist”

Which K-drama did you relate to the most?

“My Dear Friends.” It’s about a woman past her mid-30s looking for love, finding the meaning of her life and that, after all, being your mother’s daughter is the anchor you need.

Please share any anecdote about your close encounter with a Korean celeb.

I have done many interviews, hosted concerts and shows of Korean celebrities in the past. But I remember, my first-ever Korean star interview was with Gwon Sang-woo (we fondly call him Cholo here) back in 2007-2008.

He was absolutely the most dashing man I had met until that point in my life! It so happens that until today I still see him due to my co-CEO in a Korean production company, who’s a very close friend of his. And yes, he is still very good-looking and charming.

In what way is the show biz culture in Korea different from the Pinoy one?

Do K-drama love teams deny that they are true-to-life couples?

Yes, the privacy of their personal lives is very much guarded.

How are Korean men different from Pinoys?

Korean men may not be as expressive as Pinoys, especially in terms of endearment.

Would you prefer ending up with a Korean or Pinoy?

I truly have no preference. I’m equally Korean as much as I’m Pinay. Even my parents have been enculturated to the Philippines. So Korean or Filipino, at this point, my parents will be happy to just have me get married already (laughs).

If you were a Korean dish, what would you be and why?

Bude-jjige! A perfect mix of a Korean cuisine with the influence of foreign [twist] to create a unique and absolutely delicious dish that’s easy to love.

If your life story would be made into a K-drama series, what would the title be, and who do you want to portray you?

“Big Love and Small Miracles,” starring Han Ji-min, because she’s a great actress. Since I was young, people would comment on our resemblance.