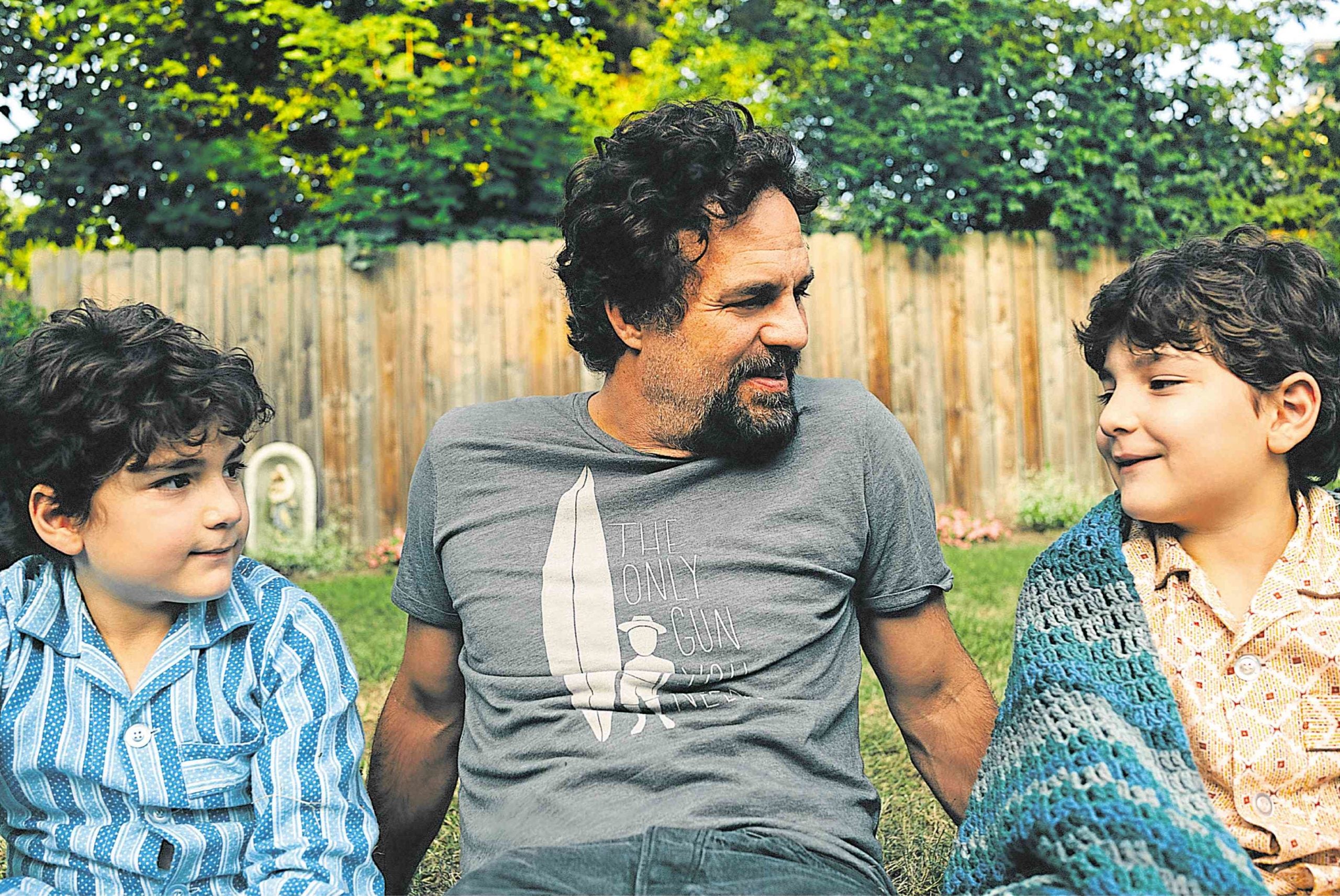 It isn’t easy to watch the dark tale framing HBO’s “I Know This Much is True.” The stunning six-part series, which is being streamed on HBO Go, is based on Wally Lamb’s 1998 novel about middle-aged house painter Dominick Birdsey and his schizophrenic identical twin brother Thomas, who grew up enduring years of gut-wrenching abuse at the hands of their stepfather.

Both characters, each as physically and emotionally distinct as the other, are limned to gritty perfection by Mark Ruffalo, who commands the screen with immersive and distinctly delineated portrayals that never punch below their weight.

While the whole series is anchored on the “Avengers” star’s award-worthy turn, it would have been hard to appreciate the full arc of Dominick and Thomas’ shared journey had the actors portraying their younger selves not been as effective. In their teenage and college years, the twins are played by 34-year-old Philip Ettinger (“The Evening Hour”), while 10-year-old identical twins Rocco and Donnie Masihi have been cast as Thomas and Dominick, respectively, at age 8.

This is where the show’s masterful casting has worked its magic.

Each role in the show requires a tricky balancing act for actors because, as the story plays out, Dominick is often seen overcompensating for his guilt over his repressed resentment toward his brother by being overprotective of him. As a result of his dying mother’s wish to protect Thomas at all costs, Dominick’s relationship with the latter has outweighed any of his romantic pursuits.

While Philip’s thespic task is complicated as all get-out, its essence reeks of issues that are close to home—an art-imitating-life sort of familiarity brought about by the fact that he has a sibling, 13 years his senior, who lives with mental illness.

“My brother started to get symptoms [of schizophrenia] when he was in his early 20s, and I was around 9,” Ettinger disclosed to New York Post last month. So Philip knows where all the fear and confusion of the characters are coming from.

We imagine the difficulty of getting Rocco and Donnie to understand such sensitive themes and fully empathize with their characters. The twins, who began acting in commercials when they were 4 years old, are based in California, so they had to fly to the East Coast to shoot their scenes in New York.

Rocco and Donnie may be building a fine filmography at an early age, but they still manage to enjoy their childhood in their downtime. In fact, when the twins aren’t on a set or doing school work, they hang out with an older sister and spend a lot of time with their fur babies—a German Shepherd and a Labrador.

Followers of fan fave “This Is Us” remember Donnie as the young Nicky Pearson (also played by Griffin Dunne and Michael Angarano in the older iterations of the character) in the acclaimed NBC drama series, starring Milo Ventimiglia, Mandy Moore, Sterling K. Brown, Chrissy Metz and Justin Hartley.

With some help from Alysa Brennan of Paloma Model and Talent and Annet McCroskey of Artistic Endeavors, Inquirer Entertainment recently got in touch with the boys to talk about their time on the set of “I Know This Much is True.”

Asked about the kind of research they did about mental illness and child abuse to get them up to speed about the complexity of the lead characters they play, Rocco and Donnie told us that it was their mom and dad who initially explained those sensitive themes to them.

“Our parents both talked to us about those issues,” they said. “Then, we tried to put each other into the characters’ shoes and imagine how it would be if we would be going through this as brothers—and how we would try to help each other, especially since one brother has a mental illness.”

For fans who are wondering where they can see Donnie and Rocco next, this is their message: “As you know, everything was shut down because of Covid-19. But this is just the beginning for us, and we are sure you’ll be seeing more of us soon. “Hopefully, we’ll also be playing real brothers. That (doing the series) was fun for us to work together on a project and we hope it will be at another cool location, since we enjoyed New York very much as a family!” 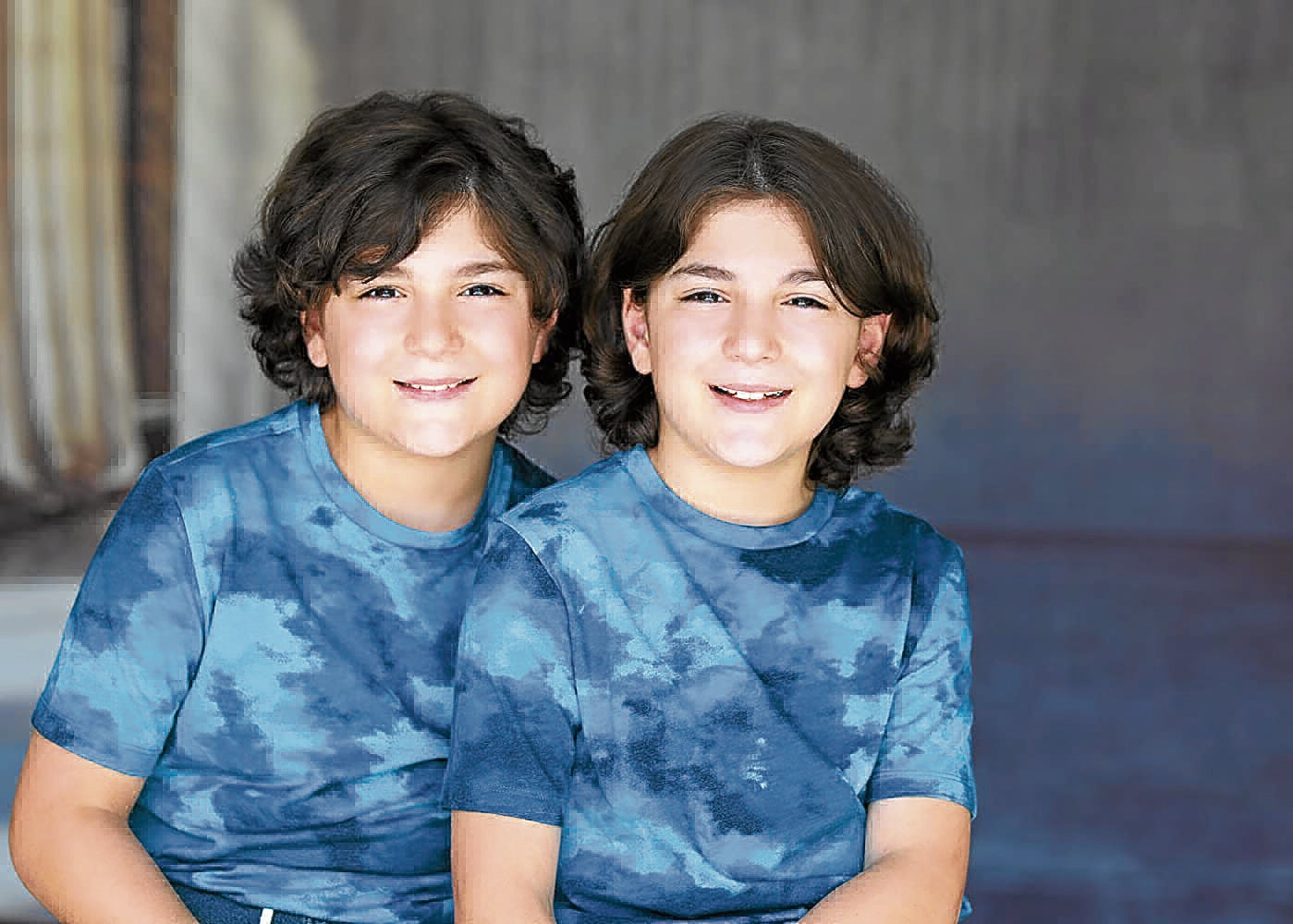 How did Donnie end up playing Dominick and Rocco, Thomas? Would you have wanted to portray the other Birdsey twin, instead of the one that you ended up playing?

D: We auditioned for both, and it was the director’s (Derek Cianfrance) choice for me to play Dominick. I really enjoyed playing him.

R: I was picked to play Thomas. I actually liked the role chosen for me and would not want to change it at all!

D: The most difficult part was being away from my dogs! Getting into character was not that hard. The most satisfying part [of that whole experience] was working with a good cast and crew and a great director.

R: I missed my dogs so much, but the rest was fun! I was able to see New York and work with such an awesome production team.

What did you learn from working on this project? Are there acting projects your fans can look forward to seeing you in the coming months?

D: I loved getting into character, and the different time period [that the story is set in] was interesting as well.

R: How to become the character was fun for me!

Read Next
Food, travel and beauty channel for K aficionados
EDITORS' PICK
Been there, done that but what’s the difference between MECQ and GCQ?
Smart 5G goes live
A gem of a residence in the new normal
Water remains our saving grace right now
BREAKING: 3,226 latest COVID-19 cases bring PH’s total to 106,330
PNP: Checkpoints back in MECQ areas
MOST READ
MECQ guidelines in infographics
Health workers decry colleague’s death from virus; accuse gov’t of neglect
Lacson takes up cudgels for health workers ‘threatened’ by Duterte
MECQ in NCR, other areas: Mass transportation suspended, quarantine pass required anew
Don't miss out on the latest news and information.