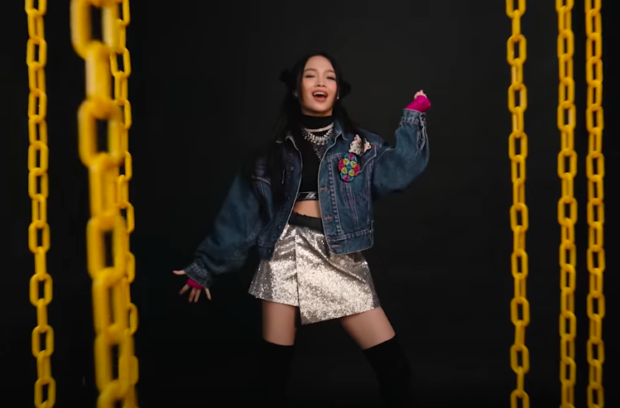 AC Bonifacio in her dance cover of BLACKPINK’s “How You Like That” (Image: screengrab from YouTube/Andree Bonifacio)

AC Bonifacio’s stunning dance cover of BLACKPINK’s recently released hit “How You Like That” has reached more than 2 million views on YouTube in just three days.

The young dancer wowed fans on YouTube last Wednesday, July 1, with her take on the Korean girl group’s choreography, which she showcased in a well-produced video that drew inspiration from K-pop music videos.

“Hey guys! Finally after the long wait, the queens now have a comeback that we all have waited for,” Bonifacio said of the BLACKPINK song, which is the group’s first single since the release of “Kill This Love” in April 2019.

“The song is about eagerness and confidence, ‘to rise high in the midst of darkness.’ I found strength through Blackpink’s music that even in the darkest times we should persevere and fight through. So, here’s a dance cover of Blackpink’s newest song, How You Like That!!” she enthused.

Bonifacio danced to and even lip-synced the song in the Chapters PH-produced video, which featured flawless set and outfit changes, akin to the real BLACKPINK music video.

The K-pop group recently earned five Guinness World Record titles with the music video for “How You Like That,” including being the most viewed video, music video and K-pop video on YouTube in 24 hours.

The music video is also the fastest video ever on YouTube to reach 100 million views with the record time of only 32 hours, according to YG Entertainment.

Bonifacio, a known Blink (BLACKPINK fan), was among the local celebrities spotted at the Korean girl group’s concert in the Philippines last year.

The 17-year-old dancer, who currently has almost 1.6 million subscribers on YouTube, also previously made dance covers of other BLACKPINK hits including “Kill This Love,” “Boombayah” and “Forever Young,” among others.  /ra