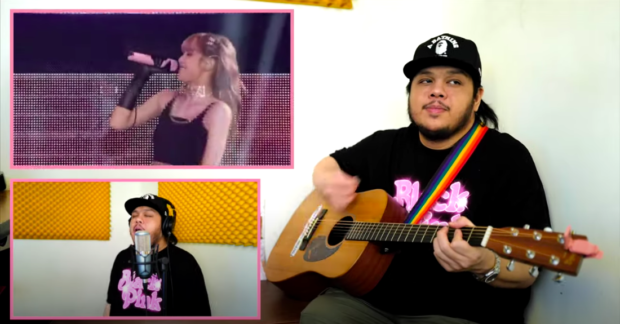 Monty Macalino, frontman of local rock band Mayonnaise, is now officially a Blink (a Blackpink fan) as he did a cover of his favorite song from the Korean girl group.

Macalino took to YouTube yesterday, June 30, to treat fans with his acoustic rendition of “Really”, featuring the voices of the K-pop group’s singers.

“Formally announcing my allegiance to the Blink Community through an acoustic cover of my favorite Blackpink song,” Macalino said.

The Mayonnaise vocalist, of course, also lent his voice as background and even sang some of the Korean parts as he played the guitar.

“This is also in celebration of their comeback How You Like That is out now!” Macalino noted.

The music video of “How You Like That” has recently become the fastest video to ever reach over 100 million views on YouTube; it breached the mark 32 hours after posting, according to YG Entertainment which handles the K-pop girl group.

Blackpink, which debuted in 2016, is known for multiple chart-toppers such as “Boombayah” and “Whistle”. They remain one of the biggest K-pop girl groups today, with a strong international following. JB