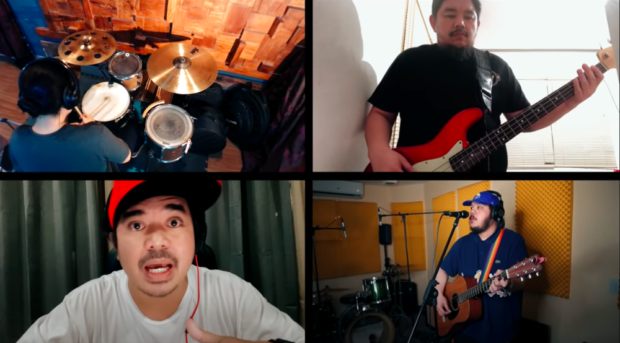 Mayonnaise, which constantly uploads song covers on its YouTube channel Mayonnaise PH, noted that it is heartwarming how they can still create music together during these times.

(We all know that nothing is set in stone. This lockdown may still be extended, not only in the Philippines, but in the whole world.)

Mayonnaise frontman Monty Macalino sang the chorus, which was British singer Dido’s part in the original, while Gloc-9 performed Eminem’s verses. They were also joined by Nikko Tirona on drums, according to the band.

Gloc-9 personally picked to cover the song after being asked by Mayonnaise to collaborate, according to the band.

Eminem’s 2000 hit is without doubt one of his most influential songs, which led to the word “Stan” being officially added to the Merriam-Webster dictionary last year.

As a noun, “stan” means “an extremely or excessively enthusiastic and devoted fan,” while as a verb it means “to exhibit fandom to an extreme or excessive degree,” according to the Merriam-Webster dictionary.

The hit song tells about the story of an overly obsessive fan named Stan, who idolizes Eminem. Gloc-9 also has a similar song titled “Elmer,” which he previously said was