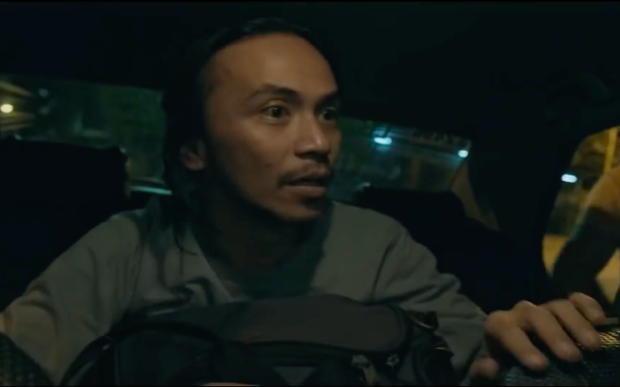 The music video for “Sampaguita” was released on March 13. Image: screengrab from YouTube/juan karlos

Rock band Juan Karlos and hip-hop legend Gloc-9 have finally released the music video for “Sampaguita,” and it is just as heart-wrenching as the track, if not more.

The song’s take on the woes of overseas Filipino workers (OFWs) was aptly interpreted into its music video, which was released on Juan Karlos’ YouTube channel yesterday, March 13.

The video followed the story of one Jun Evangelista, a struggling OFW in China who is longing to be with his wife and daughter back in the Philippines. Just as he is set to meet them again with all his “pasalubong,” however, the story takes a dark turn.

To match Gloc-9’s storytelling through rap verses, the video was divided into three chapters: “Pangungulila,” “Pag-asa” and “Paglisan.”

Gloc-9’s rap paired with Juan Karlos frontman Juan Karlos Labajo’s soulful voice, “Sampaguita” may just have perfectly encapsulated the longingness and loneliness a parent feels while having to work away from his loved ones, and just how unfair and cruel the real world is.

“Sampaguita” was released on Feb. 28 on several music streaming platforms and has an accompanying lyric video that Juan Karlos released also on its YouTube channel on March 9.  /ra