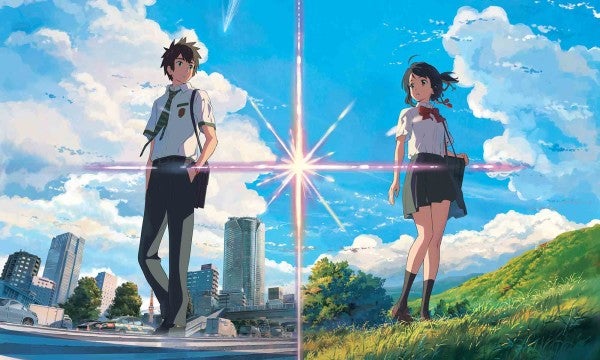 Hit Japanese anime film “Kimi no Na wa,” known as “Your Name” in English, will be made more readily available to fans and newcomers alike as it is set to air on a top streaming service this month.

The 2016 Makoto Shinkai film, which has bagged numerous awards for its story, popularity and soundtrack, will be hitting Netflix on July 10, as seen on its website and app.

“A bored girl in the countryside starts sporadically waking up in the body of a city boy who’s living the exciting life she’d always dreamed of,” its synopsis reads. 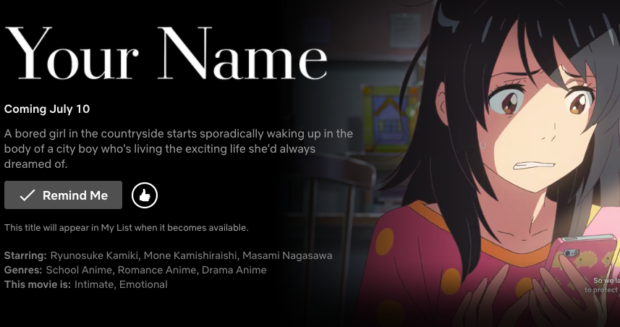 “Kimi no Na wa” is slated for a July 10 release on Netflix. Image: screengrab from Netflix

The said anime movie is also available on several other platforms online, such as iTunes, Amazon Prime Video and via the PlayStation store, among others.