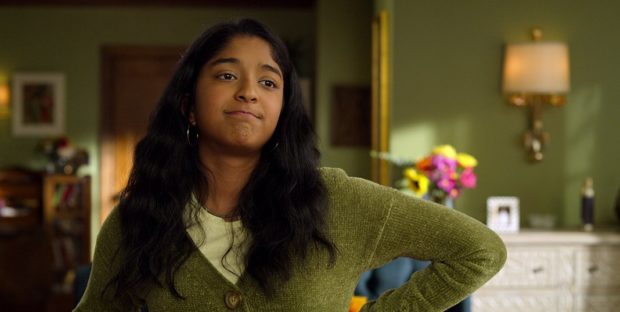 Maitreyi Ramakrishnan as Devi Vishwakumar in “Never Have I Ever”. Image: Twitter/@neverhaveiever

Two months after it launched on Netflix, news has come that the series co-created by Mindy Kaling, “Never Have I Ever”, will be returning to the small screen.

A new season comprising ten episodes will follow on from the series’ first salvo, which has met with success all over the world. No dates have been announced for the production and release of the show, but it is known that all of the main actors will be back to reprise their roles.

The news was announced with a video of a Zoom conference call on the official Twitter for “Never Have I Ever”.

❗️❗️ MAITREYI GOT BANGS ❗️❗️ oh yeah, and Never Have I Ever got a season 2 🙃 pic.twitter.com/sHJhjQMmXb

The innovative and politically committed story about the life of a girl from an Indian family in the United States was warmly welcomed by subscribers to the streaming platform, who propelled it to top of the Netflix series ranking during the lockdown.

The show mocks Indian community stereotypes and offers a relevant portrayal of the life of a high-school student, while also exploring the question of social inclusion.

I’m truly in shock. I can’t believe that our show about a complicated little Indian family has been seen by this many people. @loulielang, the entire cast and crew are so grateful to you for making us #1 around the world on @netflix. We love you guys! Thank you!! @neverhaveiever pic.twitter.com/s8F16z94VD

Speaking to Deadline in June, Maitreyi Ramakrishnan, who plays the show’s heroine, high-school student Devi Vishwakumar, remarked: “I think it’s great that we have a story like ‘Never Have I Ever’ but it’s depressing that this is happening in 2020, and even though we can applaud breaking stereotypes, but we can’t forget that we still have so much work to do.”

The 18-year-old, who overcame competition from 15,000 aspiring actresses to win her role, also shared her hope that the series would pave the way for other shows dealing with issues of social inclusion. IB

‘Never Have I Ever’ brings rare voice, newcomer to TV