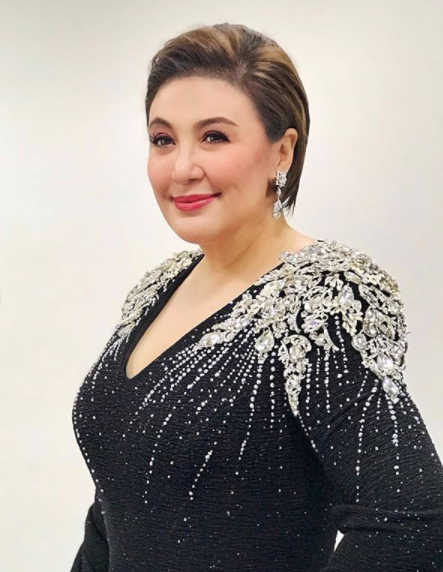 Sharon Cuneta has put entertainment writer and movie director Ronald C. Carballo on blast for what she says are years of smearing her name.

The Megastar has been posting tirades against Carballo since yesterday, June 20, on Facebook and Instagram for his “vicious, totally untrue posts about me.”

Cuneta questioned a statement Carballo made on Facebook, where he said one who is decent would not destroy another person’s name.

(And you have the nerve to say this. Meanwhile it is clear that defamation is what you are doing to me.)

“YOU DELETED YOUR VICIOUS, TOTALLY UNTRUE POSTS ABOUT ME,” she said, noting that her fans had screenshots of the posts.

She added that because he involved her kids, “NOW YOU’VE ASKED FOR WAR.”

“I WILL EXHAUST EVERYTHING IN MY POWER TO GIVE YOU EXACTLY WHAT YOU DESERVE,” she declared.

‘I think he needs professional help’

Cuneta posted a screenshot of one of the alleged posts that Carballo had made against her via Instagram today, June 21.

(The mother has been silenced since she married a monkey and she has kids who are little monkeys taking after their father.)

It also criticized the “eldest” daughter for having multiple men in her life.

“Just a ‘sample’ of how low a former friend has gone, whose chance at a showbiz writing career was given to him by Viva Films during my promo for my first movie,” Cuneta said.

She said in the Instagram post that her family had treated him with “generosity” and that he was “sadly swallowed by the showbiz system when he finally experienced money and men because of his perceived ‘influence.’”

(I feel like he is angry because when he lost me due to his changed attitude, and after he learned to use, cheat and destroy people, he lost credibility.)

(For the past several years, he has been destroying me. I apparently don’t have any relevance to him anymore but he keeps writing about me!)

“I think hindi lang masama ang ugali nito (I don’t think he just has a bad attitude). I think he needs professional help,” she observed.

(He is a shame to the gay nation with what he says and even more for what this person does.)

Cuneta first called out Carballo in a Facebook post yesterday, where she said he should have confronted her a long time ago rather than post blind items.

(You should have confronted me back then. You’re not afraid of anyone, right? Which is why all you can write are blind items. Me, I am not a coward, Ronald. I don’t think you know that because I have distanced myself from you for so many decades.)

She also described how she remembered him in her teens, back when they were still friends.

(Why are we not friends anymore? Weren’t you like a saint before? So kind? Until you had a liking for men and money and you wrote things even if we’re no longer speaking because people thought we were still “close?”)

Cuneta also fired back at him for claiming that she was using “gimmicks” to gain attention. She further denied his claims that her projects in recent years were “flops.”

(And what gimmick are you talking about, that I ask for pity, that I hurt my child, that I have no shame, that my movies are flops and even my retirement announcement, that these are all gimmicks? When did I use a gimmick in my 42 years in showbiz?)

(I hope that you go back to praying from your heart, that you earn true peace and happiness. No fame or fortune or man will give you that. Go back to the Ronald I first knew. That I miss.) JB