Michelle Madrigal six months after removing breast implants: ‘I feel more like myself’ 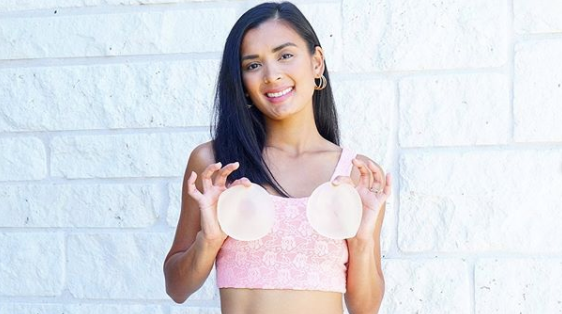 Michelle Madrigal holds up the implants she had removed from her breasts after getting them in her teens. Image: Instagram/@mitch_madrigal

Since undergoing a breast explant six months ago, Michelle Madrigal described herself as “more like myself” and “perfectly fine.”

“I feel amazing, I feel light, I feel more like myself,” she said of her recovery.

The actress, who is now a fitness coach in the United States, detailed her post-operation journey on her YouTube vlog Friday, June 19. She also gave advice to those interested in getting breast implants based on her own experience.

Holding up the silicone implants, she said, “I am so happy that these bad boys are now out of my system.”

Madrigal said she had breast implant illness, and noted symptoms she had over the years that she believes are linked to the implants because she no longer has them six months later.

These were fatigue, sharp pains on her breasts, brain fog, itchiness and acne.

“I’m not 100% sure if this is because of the implants but I’m just letting you know, I’m just sharing my story as to why I think it had something to do with them,” she said.

Prior to the breast explant, Madrigal said she always needed to take naps even after 10 hours of sleep. But now, she has noted that she has “more energy,” “barely [takes] naps” and is feeling “perfectly fine.” She also no longer feels stabbing pains on her breasts, as well as itchiness that she felt was “internal.”

With regard to brain fog, she admitted she was not sure if it was “mom-related” that she had memory problems, though she and husband Troy Woolfolk welcomed their daughter back in 2017. After the explant, she said she was more “mindful.”

Prior to the surgery, she said she would get pimple breakouts even if she is 31. Now, she describes her skin as “perfect.” She has no regrets about getting the procedure done.

“I am so happy that I actually had my implants removed. I am so happy even if [it’s] itty bitty, it’s not full.”

Madrigal said she understands if one would want to have implants, but urged others to consider the costs, such as having to go under the knife every 15 years, among other health risks.

Though she found confidence in having bigger boobs for about 10 years, she said she wants to live longer for her husband and daughter.

“There’s a reason that there are more women getting their implants removed,” she stressed. “Like they’re getting sick.” JB