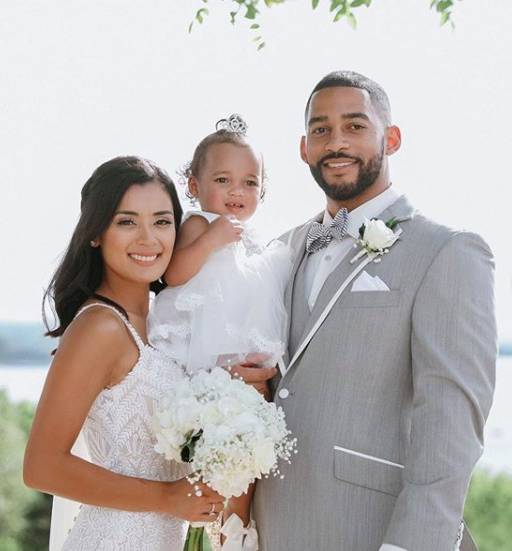 Madrigal, who is married to African American Troy Woolfolk, expressed fear for her husband and their daughter Anika via Instagram yesterday, June 1.

The actress is currently living in Austin, Texas with her family and is a certified prenatal and postnatal specialist.

“It’s a scary thing to think that my daughter could experience hate because of her race and skin color,” she said.

“I am fearful to know that every time my husband leaves our home he could get pulled over by a ‘bad cop’ pin him down to the ground and get shot for being a black man,” Madrigal added.

“I will never fully understand it… but I stand with you,” she said. “I see you. I hear you. I feel for you.”

The actress is a part of the growing number of local and international celebrities who are showing their solidarity against racism and police brutality. The series of online and physical protests began after the death of George Floyd, a black man who died while in police custody last May 25. Floyd was knelt on by a white Minneapolis police officer, Derek Chauvin, until he was no longer responsive.

Madrigal shared her sentiments by sharing a photo of two hands joining together, one with a dark skin color and the other lighter. She included the statement “Black Lives Matter” in a separate photo and shared a picture of her with her husband’s family in the U.S.

While some rallies have taken a violent turn, Madrigal stressed that “violence is never the solution,” but she did agree that the suffering of the black community must end.

The “Star Circle Quest” finalist tied the knot with Woolfolk in April 2019 in Texas. The couple got engaged in 2017 when Madrigal was pregnant with their daughter. NVG