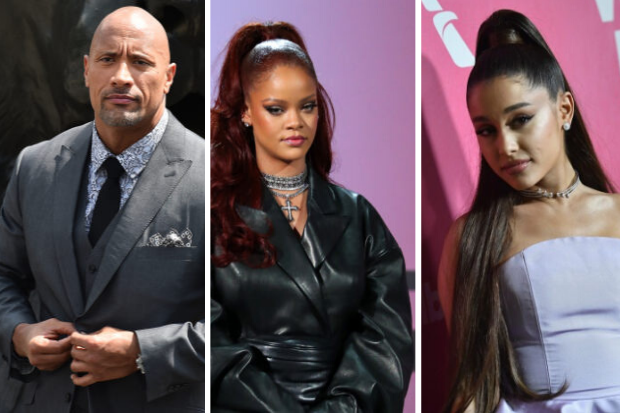 Several international stars have cried foul over the death of African-American George Floyd, who died handcuffed and pleading for air as a white police officer knelt on his neck against the ground.

Pro-wrestler and actor Dwayne Johnson, for one, is still “stunned trying to make sense of George Floyd’s death” in the past few days, he said in an Instagram post yesterday, May 29.

“The video. The plea for breath. The callous response. The racism. The killing. This is our ongoing disease,” Johnson stressed.

The actor also explained that he has had cops in his family, and that they follow a cop code that grants them authority to use force when their life is in danger. In Floyd’s death, however, it seemed to be not the case.

“But when a man is handcuffed, on the ground, no longer a threat, with your brothers in arms standing around watching and he struggles to say, ‘please I can’t breathe’ when your knee is on his neck.. not his back, but his neck — cutting off his air. Cop code must become moral code. Ethics code. HUMANITY code,” Johnson stressed.

“Knowing that if you don’t ease up, then that man is going to die. So when you decide to not ease up, your intention is to kill. And that’s what this was,” he added.

Johnson also noted that Floyd said “officer I can’t breathe” 15 times in the clip before he eventually passed out and died.

He continued: “These officers will be charged, I’m positive of that. Held accountable. But then where’s the greater accountability? The leadership to healing. More importantly, the leadership to EQUALITY. We ultimately win when we can normalize equality.”

“I’m so sorry to the Floyd family. My heart breaks for you. Let the process begin now,” he added.

Rihanna, meanwhile, stressed that “the magnitude of devastation, anger, sadness” she has felt for the last few days “has been overwhelming to say the least!”

“Watching my people get murdered and lynched day after day pushed me to a heavy place in my heart! To the point of staying away from socials, just to avoid hearing the [blood-curdling] agony in George Floyd’s voice again, begging over and over for his life!!!” she said on Instagram earlier today, May 30.

She also called out Derek Chauvin, the cop who knelt on Floyd, describing him as a “bigot, murderer, thug, pig, bum.” She added that the cop’s “look of enticement, pure joy and climax” haunts her.

Chauvin has since been fired, along with the three other officers. He is now facing third-degree murder and second-degree manslaughter charges.

Ariana Grande for her part is encouraging her fans to speak up against racism and educated themselves on the matter. She also shared resources to allow fans to donate and sign petitions for Floyd.

“[C]ontinue having conversations w family and friends about racism (overt and covert) and the senseless acts of murder that happen in this country far too often, please keep reading up,” she said on Instagram yesterday.

“Our black friends need us to show up and to be better and to be vocal. now more than ever. online. offline even more so. this is more than a post. we have to show up. there is work that needs to be done and it is absolutely on us to do it,” Grande added.

Many other artists–including Snoop Dogg, Justin Bieber, Cardi B, Ice Cube and Madonna–have also condemned Floyd’s death and the ongoing police brutality against the black community in the United States.

Floyd was arrested last Monday, May 25, on suspicion of using a counterfeit $20-bill at a small grocery store. As he was being taken to the police car, he allegedly stiffened up and fell to the ground, saying he was claustrophobic.

Chauvin, at one point, pinned a handcuffed Floyd into the ground, face down. Officer J.K. Kueng held Floyd’s back and officer Thomas Lane held his legs, while Chauvin put his knee on Floyd’s head and neck area, according to a police complaint.

Chauvin had his knee on Floyd’s neck for eight minutes and 46 seconds, including almost three minutes after Floyd stopped moving and talking.

Lane was noted to have been asking if Floyd could be rolled over to his side, to which Chauvin replied: “No, staying put is where we got him.” Lane then said he was “worried about excited delirium or whatever,” but Chauvin argued,  “That’s why we have him on his stomach.”

The complaint, meanwhile, stated that an autopsy showed that nothing supports strangulation as the cause of Floyd’s death, with the exam concluding that the combined effects of being restrained, potential intoxicants in Floyd’s system, and his underlying health issues, including heart disease, likely contributed to his death.

The attorney for Floyd’s family, Benjamin Crump, has asked to take custody of Floyd’s body as they are seeking an independent autopsy.

Floyd’s death has sparked numerous protests throughout the US, which have led to looting, riots and clashes between protesters and police, as well as the torching of a Minneapolis police station.  /ra

Protests over George Floyd’s death spread across US