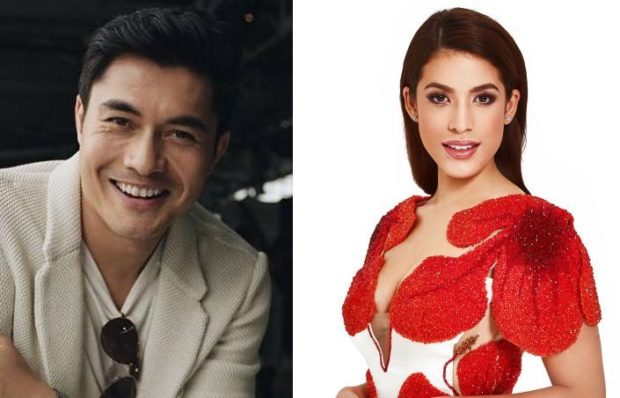 Golding said the remarks made by Miss Universe Malaysia 2017 winner had “infuriated” him.

“You have zero idea what black people have to go through on a day-to-day basis. For you to be talking such racist nonsense on a platform like yours needs to be called out.

“The majority of us will never truly be able to understand what the black community go through every single day, but one thing for sure you can do is to lend a voice.

“To teach people and educate them on opening their eyes to what’s under the veil. It is hundreds of years of oppression and injustices kept in place by money and power from people such as yourself. Ignorant, selfish people,” he said on his Instagram stories early Tuesday (June 2) morning.

Golding added that Malaysia, too, had gone through a lot in the past few years, pointing to the Bersih protests in the country where people had “put their lives on the line to be heard”.

“If you were part of that movement, then please understand where the protests came from.

“We need to keep progressing Malaysia forward, by starting with ourselves,” he said.

He also called James, a model who is of Chinese and Brazilian parentage, a “two bit celeb”, adding that he was not going to “stand idly” as she “spouts some horrible s***”.

On Monday (June 1), James posted several controversial Instastories linked to the protests in the United States, which were triggered by the killing of African-American George Floyd.

She had said colored people “chose to be born as a colored person in America for a reason”, claiming that it was for them to “learn a certain lesson”.

Floyd was suffocated to death by a police officer who knelt on his neck for over eight minutes in Minneapolis on May 25.

Many social media users have since condemned James’ remarks.

However, comedian Harith Iskander has come to James’ defense, accusing her detractors of cyberbullying, although he also acknowledged that what she had done was “not cool”.

“What I want to call out is the response to her post from people who should know better – responses like this who refer to her as a ‘******* waste of space’.

“This borders on cyberbullying,” he said.

Meanwhile, the Miss Universe Malaysia Organization (Mumo) has distanced itself from her controversial remarks, while there is an online petition urging Mumo to strip her of her title.

Read Next
Mark Bautista auctions paintings to raise funds for mass testing amid COVID-19
EDITORS' PICK
WHO: Indoor airborne spread of coronavirus possible
Water remains our saving grace right now
Motostrada expands by handing over ‘Trident’ and adding new ‘Horseman’ to its growing business
No arrests to be made on 1st day of allowed pillion riding for couples — HPG
House panel set to meet for possible decision on ABS-CBN franchise bid
Digital hunt for Hyun Bin: 5 challenges for Smartees
MOST READ
‘I will always speak up for you’: Server on defending Fil-Am family from racist rant
‘Nouveau’: Agot Isidro hits Jinkee Pacquaio’s show of luxury Hermes, Louis Vuitton bikes
Bela Padilla on being tagged a Diehard Duterte Supporter: ‘Nope, not at all’
Solon withdraws support for ABS-CBN franchise renewal
Don't miss out on the latest news and information.