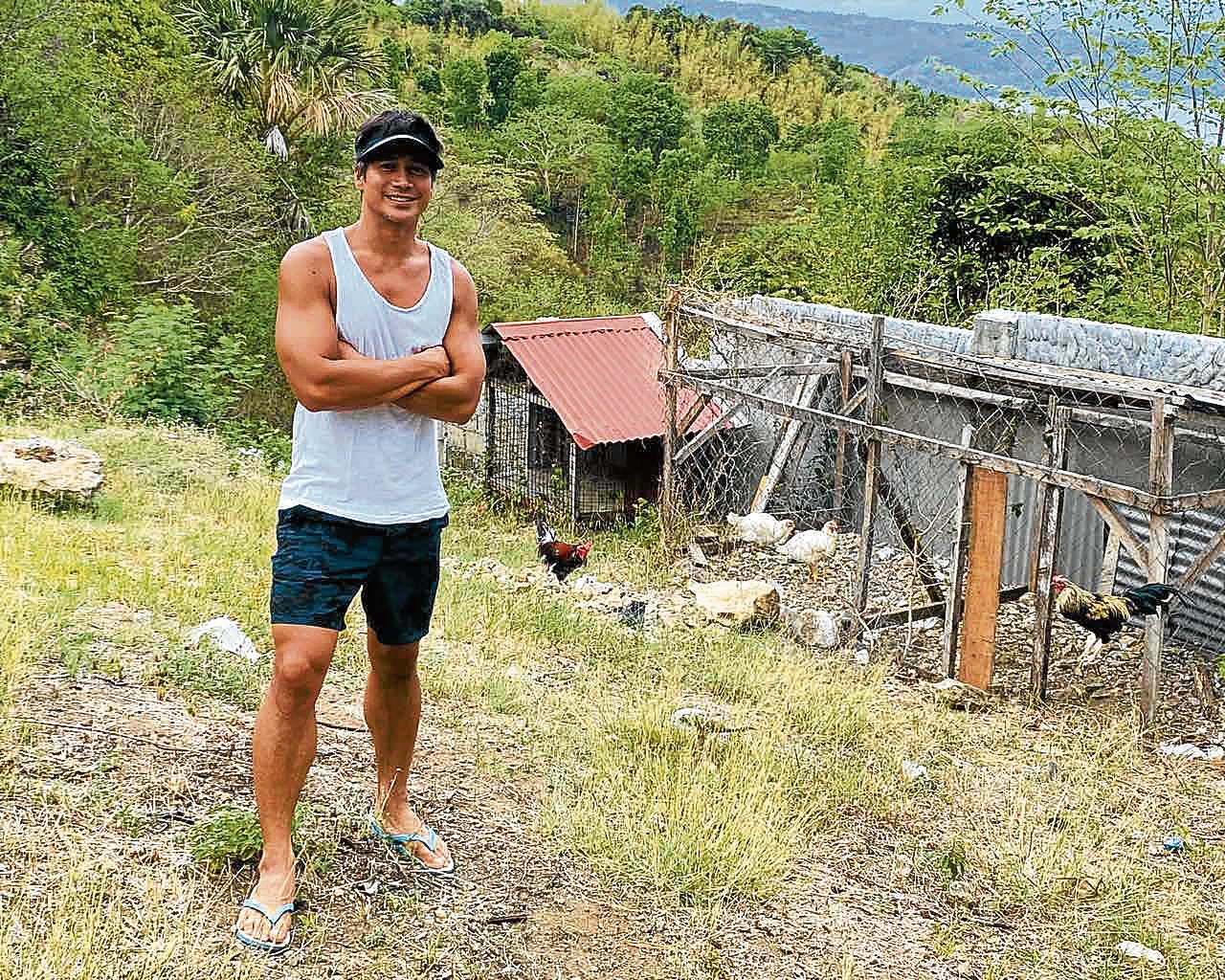 Piolo Pascual in his farm in Batangas

As a result of the pandemic, the number of projects that were scheduled for production under his company, Spring Films, were cut in half, according to actor and film producer Piolo Pascual.

Piolo added that he was expected to return to work, like many other employees, on June 1—the first day of the general community quarantine (GCQ) in Metro Manila.

The actor said he understood that, after being on lockdown since March 15, there is now a need to resume work in order to revive the economy, despite the fact that a vaccine has yet to be developed for the deadly COVID-19 disease. “It is what it is. We really have no choice. We have to adjust for the sake of the community,” he told Inquirer Entertainment over the weekend.

Piolo, who has been living in his farm in Mabini, Batangas, with his mom since the start of the lockdown, had already been called for taping for the ABS-CBN Sunday variety show “Asap.” He said all program regulars would be working in a studio and staying in a hotel.

“Can you imagine us doing new episodes in just a matter of days? It’s going to be really hard. That’s why we were given homework,” he said, adding that he never really got to rest because aside from this, he also participated in various fundraising events “that I couldn’t say ‘no’ to since they’re for a good cause.”

“Once the soap committees (or groups assigned to produce teleserye) resume work, we would also be brought to locked-in sets,” Piolo reported. “It’s going to be hard to adjust. We are still feeling our way around. People will have to be more cautious and sensitive to the needs of others. Traydor kasi ang kalaban natin.”

As a film producer, Piolo admitted he was concerned with the higher cost of production.

He explained: “I just had a meeting with Spring Films. We agreed to cut our projects in half. We can’t accommodate all anymore because of the expenses that would be incurred with all the safety guidelines we have to abide by.”

Piolo runs the movie production outfit with talent manager Ericsson Raymundo and film-TV director Joyce Bernal. The newly formed Inter-Guild Alliance recently drafted a health and safety protocol, which productions firms are expected to follow to avoid getting infected by COVID-19 while at work.

Meanwhile, Piolo said being stuck at home also has its advantage. “Your creative juices overflows. Performers are able to record at home and have their work broadcast worldwide. I’m excited to see whatever will come up after we all get back to work from being isolated for almost three months.”

Before lockdown, Piolo already brought his family to his farm in Mabini, Batangas. “I programmed myself to stay here for a while because I felt that [the order for an enhanced community quarantine or ECQ] wasn’t going to take a short time. Adjustment wasn’t really hard since I’m a homebody. I’m actually more productive when I’m just at home.”

In fact, only recently, Piolo did a photo shoot for Star Magic’s e-catalogue in one of his house’s downstairs bedrooms. “It’s difficult to produce my own content because I don’t have all my equipment with me. I just use my sister’s phone as flashlight and mine for recording. It’s really so basic,” he said. “And while we’re recording, we could hear the crowing of the roosters.”

While there, Piolo also tested his skills in farming. “I discovered that I … [have] a green thumb!” he declared. The actor is growing vegetables like cabbage, pechay, eggplant and okra in a multilevel plant nursery he had built in his backyard.

“They’re my babies! I would visit them every morning and would get excited when I see them slowly sprouting one by one. It’s my first time to try farming, but I’ve always wanted to grow my own food,” said Piolo, who incidentally was a Department of Agriculture ambassador for the agency’s 2018 “Be RICEponsible” campaign.

“We now eat our own produce. This is one of the projects I started when we came here in March. We also have a poultry,” said Piolo, embarrassed, as he tried to explain the sound of chickens during our phone interview.

“That’s what I appreciate about being where I am,” he said of the barangay he belonged to with 2,000 other residents. “I built a house that’s about 300 meters away from the main road. It’s located on a hillside. Everything here is self-sustainable. Everyone plants his or her own produce. We raise our own goats and chickens.”

He further said: “That’s why, even during lockdown, nobody had to beg. We each have our own farm, no matter how small. Life is really easier and simpler. Those who live by the sea would come up here to sell fresh catch. They would then get vegetables from those in the highlands. It’s the cycle of life here. Ang galing!”

The one thing that Piolo said he realized while living in the province was that “the earth has a lot of resources. You only need to cultivate your land and appreciate what you have.”