Cannes announces lineup for a festival canceled by COVID

From an empty movie theater in Paris, organizers of the Cannes Film Festival on Wednesday announced the films that would have played at there in May had it not been canceled by the pandemic. 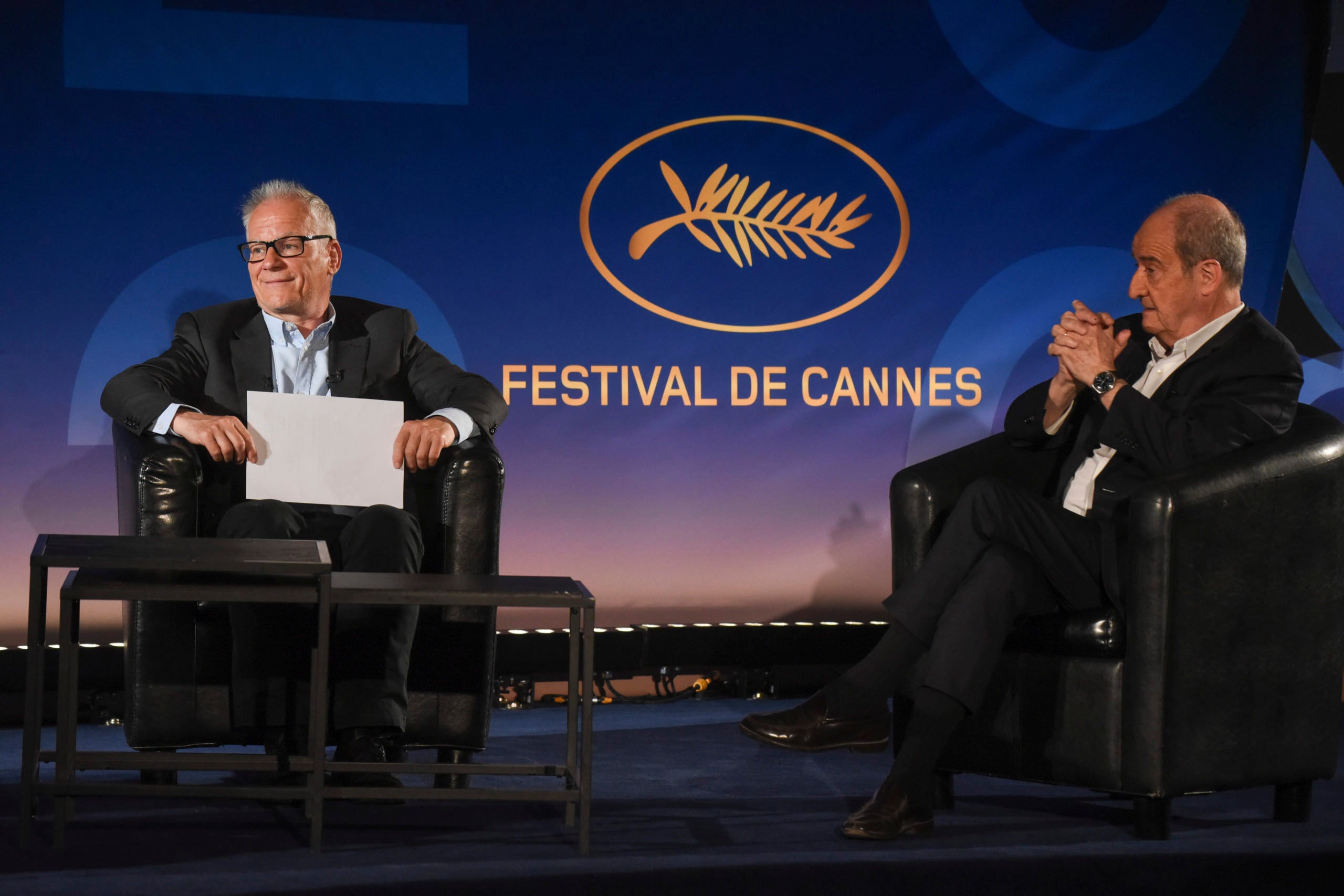 Cannes Festival director Thierry Fremaux, left, festival president Pierre Lescure, sit during the presentation of the festival lineup, in an empty cinema Wednesday, June 3, 2020 in Paris. The Cannes Film Festival was canceled due to the pandemic but it announced the films that would have played at the French Riviera festival. Those films, festival organizers say, will be able to promote themselves with the Cannes “stamp of approval.” (Serge Arnal, Pool via AP)

The selections were an exercise in what-might-have-been for Cannes, the international French festival that for the last 73 years has been one the most prestigious and glitzy annual gatherings of cinema. Cannes, originally slated for mid-May, initially considered postponing to July but ultimately gave up on a 2020 edition.

Hearing what would have premiered on the Crosiette this year offered a tantalizing picture of a canceled Cannes. Two films by “12 Years a Slave” filmmaker Steve McQueen — “Mangrove” and “Lover’s Rock” — had been headed to Cannes, said festival director Thierry Fremaux, as was Wes Anderson’s “The French Dispatch” and Pete Docter’s Pixar film “Soul.”

Fremaux announced 56 movies that were selected from a record 2,067 submissions that poured in despite the health crisis. “I can see that film is alive and kicking,” said Fremaux, sitting on the stage of the UGC Normandie cinema in Paris alongside Cannes’ president, Pierre Lescure.

The selection announcement, usually made in an April press conference before teeming throngs of international journalists, was instead presented during a TV interview that streamed online and aired on Canal Plus. Lescure noted the unprecedented situation had some upside: It was much quieter and Fremaux didn’t have to fend off questions from various nations whose films were overlooked.

Fremaux didn’t distinguish between which films had been slated for its main selection, in which some 20-25 films compete for the Palme d’Or, the Un Certain Regard sidebar or out-of-competition premieres. Some films, he noted, opted to wait until next year’s Cannes.

The announced selection included 16 films directed by women, an increase of two from 2019. Cannes, where only one female filmmaker (Jane Campion) has ever won the Palme, has often come under criticism for not selecting more movies directed by women.

Spike Lee, whose previous film “BlacKKKlansman” premiered at Cannes, had been set to preside of the jury that would select Cannes’ top prize. Last year, it went to Bong Joon Ho’s “Parasite,” which went on to win best picture at the Academy Awards.

“This time, everyone will be able to give his or her own Palme d’Or,” Fremaux said.

The films will be able to brand themselves as part of the official 2020 Cannes Film Festival selection. If accepted elsewhere, the films can still have their premieres at other fall festivals — should they happen — like those in Toronto, Telluride, New York and San Sebastian. The Cannes label will be particularly helpful for films from lesser-known filmmakers; 15 of the films announced Wednesday were directorial debuts.

“We will support them,” said Fremaux. “Their names are on the map now.”