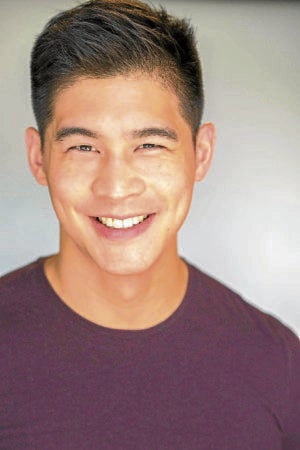 LOS ANGELES—“When you’re an Asian guy, you don’t necessarily get to play the jock, and we were delighted by his performance,” Mindy Kaling, creator of “Never Have I Ever,” said about Eddie Liu, who plays Steve in Netflix’s acclaimed hit series.

Eddie is one of the actors in the cast of fresh, diverse faces who are breaking out as a result of the show’s popularity. Forbes’ critic Paul Tassi raved about “Never Have I Ever”: “It is genuinely one of the best shows I’ve seen on Netflix in a long time, and I’d argue, the best teen-focused comedy on the service.”

And Eddie himself is being hailed as one of the actors who are finally smashing Hollywood’s clichéd depiction of Asian men as sexless, thanks to the series which revolves around the life of a first-generation Indian-American teen girl, Devi (Maitreyi Ramakrishnan), her family and friends in high school.

FLO London’s Ayisha Paw wrote, “The main love interests of Devi and Kamala (Richa Moorjani) are Paxton (Darren Barnet) and Steve (Eddie Liu) who are Japanese-American and Chinese-American, respectively. “Never Have I Ever” shows us that Asians can be the stars of the show, and they can look extremely sexy while doing so.”

Mindy, who continues to earn success as a writer, producer and actress, talked about why she and cocreator Lang Fisher (“Brooklyn Nine-Nine”) cast Eddie: “We wanted someone who was an all-American jock, but who wasn’t white. And when you have those as your criteria, you get great actors who don’t normally get to play the all-American jock. So, when we were looking for Eddie, he’s supposed to be a track coach. We thought he was so funny. He has a real lightness to him.”

The young actor behind Steve, who figures in a love triangle with Kamala and Prashant (Rushi Kota), has interesting family roots. His family of Chinese immigrants came to the United States by way of India.

Eddie explained, “My parents, grandparents and many relatives are from Calcutta, India. My parents arrived in the United States from India in the ‘80s.”

The oldest in a brood of three said he speaks “a little bit of Hakka, a Chinese dialect.” After attending Hofstra University where he majored in public relations, he decided to pursue his true passion: acting.

Eddie, whose first TV role was in HBO’s “Silicon Valley,” was in Bohol in 2017 to shoot a film directed by RD Alba. He bagged his first series regular role in The CW’s reboot of the ‘70s David Carradine series, “Kung Fu,” with a female lead this time, Olivia Liang. 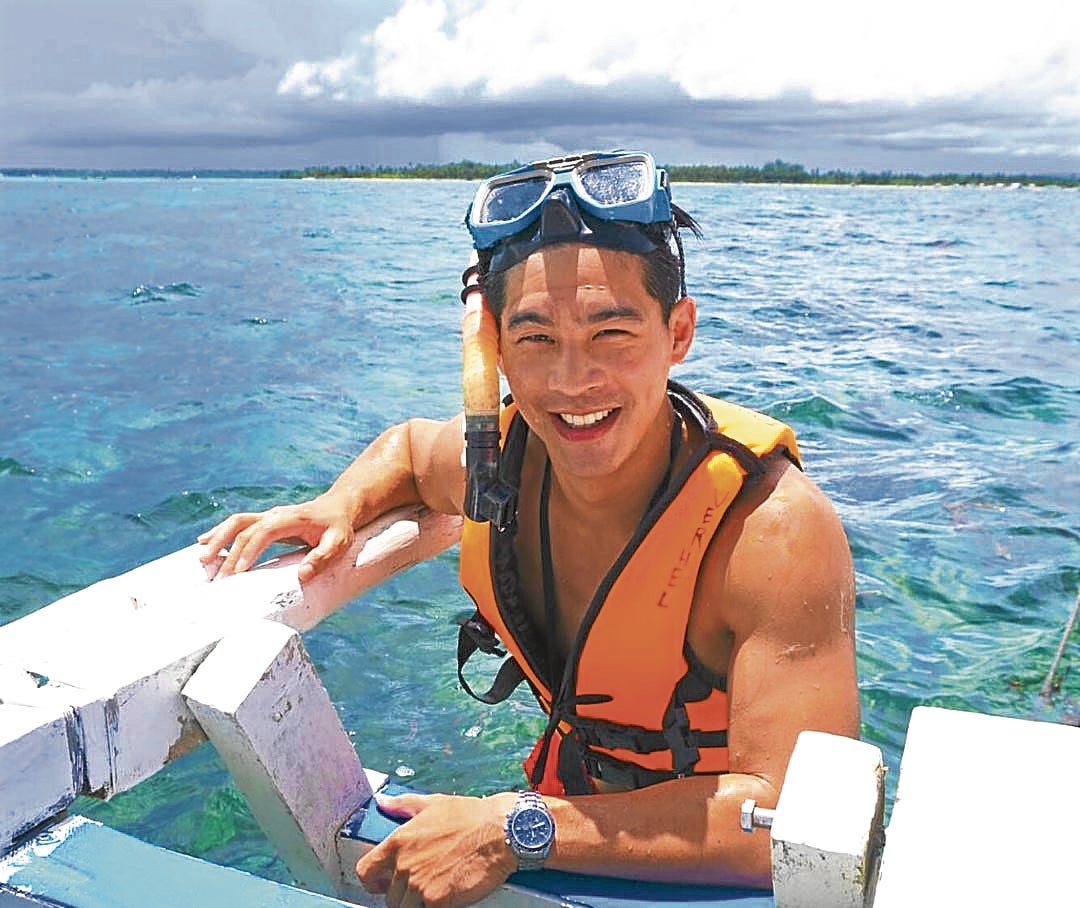 Liu takes a break from filming in Bohol

Excerpts from our email interview:

How did you land the role in “Never Have I Ever”?

It was a straightforward process for me. Casting brought me in to read at their office last summer. Within a few days, I found out I booked the role.

In an interview with Mindy Kaling, I asked her about you. Your thoughts that, for a change, an Asian male is a jock and a romantic interest in a show.

What I love about Steve is that he’s a regular dude who just happens to be Asian. He isn’t defined by his ethnicity.

You have become a fan favorite. How surprised are you by the reaction, especially to your character?

I’m honestly blown away by the reception to Steve and the show on the whole. It’s been heartwarming. I’m not driven by fame, so this level of attention is new to me. You get some weird things, but it’s been mostly sweet, positive feedback. And the fact that we were No. 1 on Netflix around the world is wild. 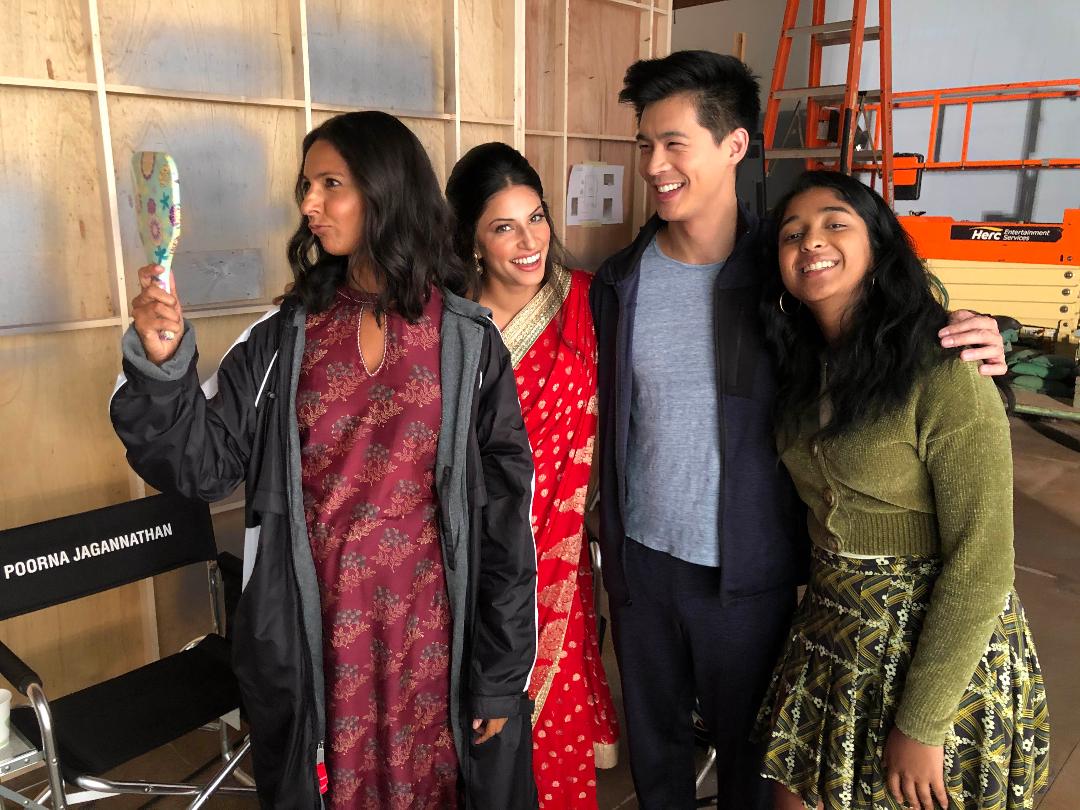 Eddie Liu (second from right) and his “Never Have I Ever” costars (from left): Poorna Jagannathan, Richa Moorjani and Maitreyi Ramakrishnan

In real life, were you a jock in school?

I guess I was technically a jock because I was usually on some team, but I felt like a wannabe jock. Even though I was usually one of the less talented guys on the team, sports and martial arts training were helpful for my development as an adolescent and later on, my mind-set as an actor in this business. There’s plenty of carryover in life there.

Can you also talk about being part of a show that’s groundbreaking for having women of color as leads and a very diverse cast?

I feel like I found a golden ticket being a part of it. Ultimately, we want this to open up more doors and windows for the underrepresented.

What are your hopes for the story line of your character, Steve?

Before I answer, let me say to the reader, *SPOILER ALERT.* Skip ahead if you aren’t caught up on the whole season. I might be biased here, but I would like for Steve to return in some way. I see there are plenty of Kamala + Steve and Kamala + Prashant shippers out there.

It looks to me like we’ve got ourselves a foundation for a classic love triangle here. It would be cool to have Steve get back in the mix. But I also want Kamala to be happy, whatever that means for Steve.

How’s your experience so far in working with Mindy Kaling and Lang Fisher?

I feel like I leveled up here. “The Office” and “Brooklyn Nine-Nine” are two of my favorites, so I got to work with legends. I had a couple of moments on set where I wanted to pinch myself. I couldn’t believe that I was in a huddle with them, on their set, shooting their show. 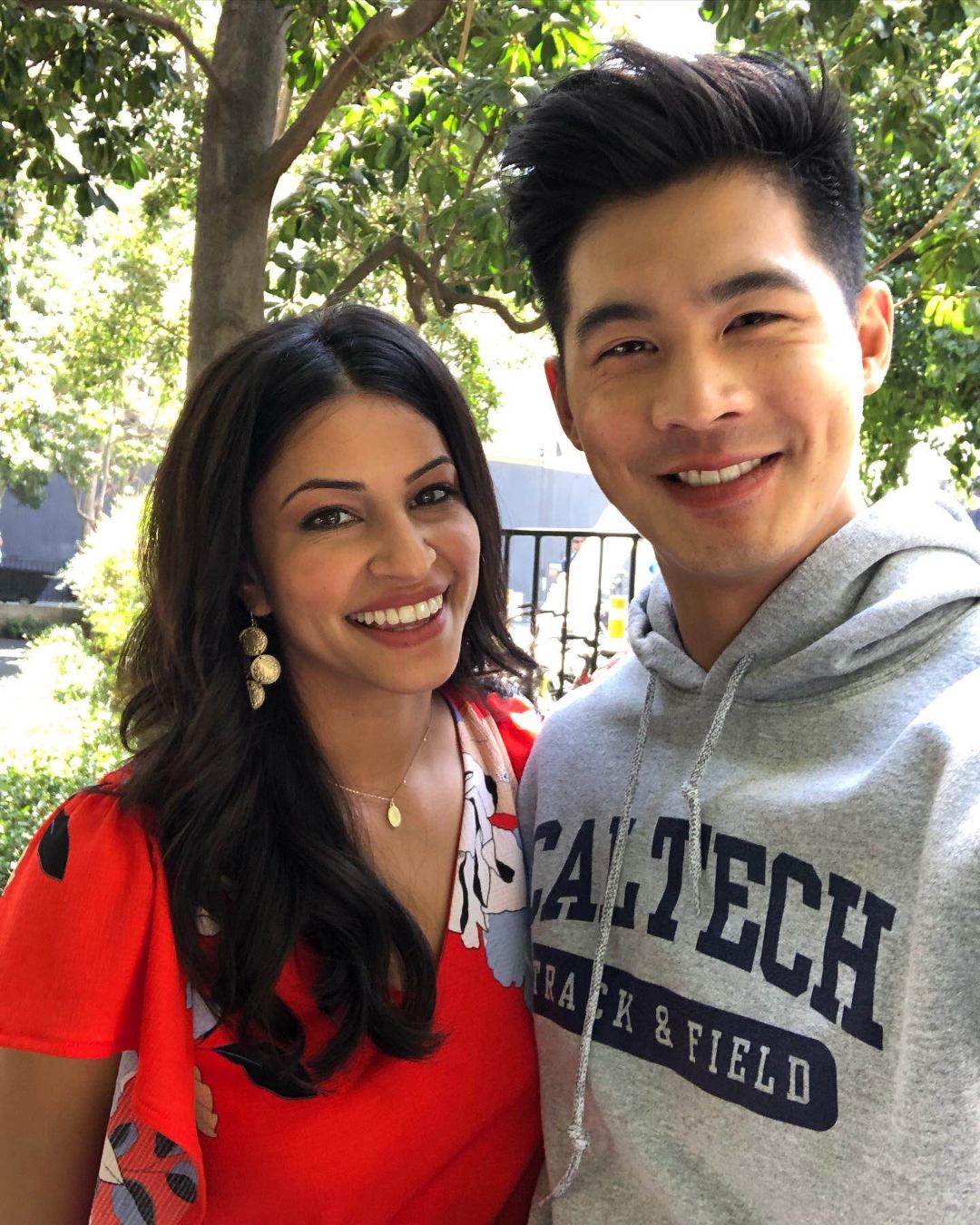 I was told how beautiful and safe it is in the Philippines. Experiencing it for myself though was even better than I could imagine. I was pleasantly surprised at how accessible the beautiful beaches and nature are, plus how much it can feel like a small, friendly neighborhood at the same time.

When I wasn’t filming, I got to enjoy the beaches and do a little sightseeing. Everything is picturesque and beautiful. I felt incredibly at peace. I can’t wait to go back one day and fully enjoy my time.

At what age did you want to be an actor?

It has always been in me to want to tell stories and make people laugh. I started acting with part-time effort while I was in college. Then, two weeks before my college graduation, I decided to go all-in.

I had somewhat of a quarter-life crisis, allowing myself to admit I wanted to be an actor. Graduating during The Great Recession made my decision easier, because it didn’t make sense to struggle finding a “regular job” that I didn’t want.

When you were growing up, who were among your Asian inspirations in the entertainment industry?

Like many people, my biggest Asian influences included Bruce Lee, Jet Li and Jackie Chan. The action and martial arts genre was the first thing to let me dare to dream about being an actor, because that’s where I often saw faces like mine.

Dante Basco’s role as Rufio in “Hook” also made an impression on my brother and me. Seeing an Asian kid on screen with so much swag and confidence for once was legendary to us. 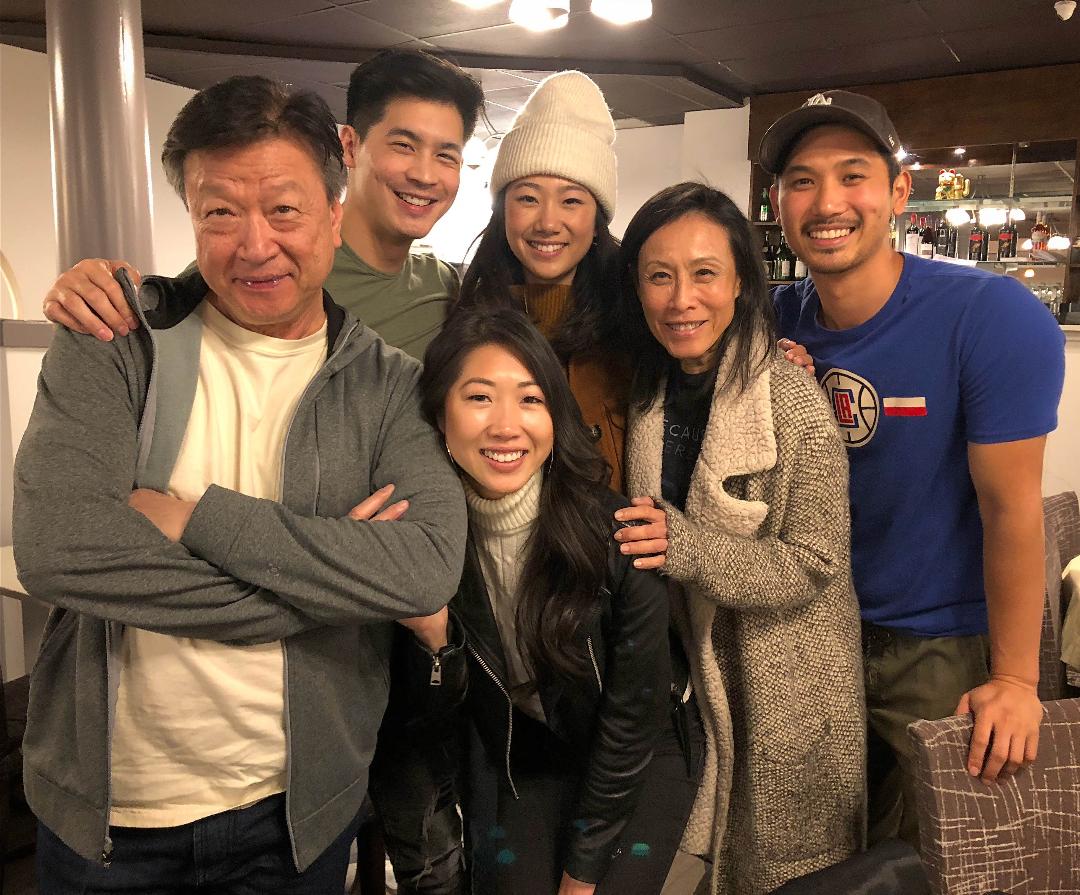 Can you talk about starring in the new “Kung Fu” and your character?

As a Chinese-American myself, this show and role mean a lot to me. I play Henry, a martial arts instructor in his local community and history student. He’s athletic and a bit nerdy. Henry and I have a lot in common, so it feels poetic.

I remember watching the ‘90s sequel to the original series, “Kung Fu: The Legend Continues,” with my dad and grandma. Seeing the martial arts of my culture on display felt nice, but it also felt weird that the people onscreen weren’t Chinese.

In what way is the show a reimagining of the original “Kung Fu”?

The original “Kung Fu” was about a lone wolf type who wandered the Old West using his martial arts and wisdom to spread peace and help people.

In our “Kung Fu,” our hero, Nicky (Olivia Liang), will use her fighting skills to defend her loved ones and community from organized crime and fight a more nefarious enemy. “Kung Fu” will give a voice to the voiceless. Representation matters.

What is your background in martial arts?

I started in kempo when I was 9. Around high school, I began to train in Shaolin kung fu, then eventually Brazilian jiu-jitsu, muay Thai and a little Western boxing. I was also on the wrestling team in middle school and high school.

What has been your journey like so far as an actor, moving from New York to LA?

It’s been challenging and fulfilling. I studied and built my foundation in New York when I knew I was going to be serious about acting. I was able to book a few commercial gigs. I didn’t pick up much steam because I was still very green.

When I arrived in Los Angeles, I found more opportunities. As I progressed as an actor, my auditions got bigger, the losses of not booking stung more, but it’s gotten more fun.

I don’t sugarcoat it; this is a tough industry. You have to stay connected to the joy, fun and the wackiness of it all.

I’m very fortunate to say I now have some shiny moments in my career, but I’d like to think of this as a starting point. There’s more to be done. There always will be.

TAGS: Eddie Liu, Never Have I Ever