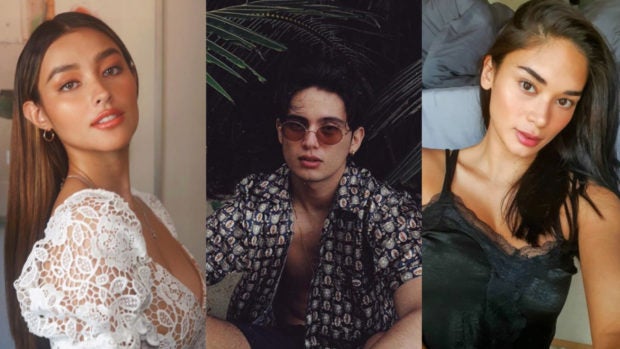 More and more Filipino celebrities are expressing their opposition to the government’s attempts at pushing for the urgent passage of the Anti-Terror Bill.

This comes after President Rodrigo Duterte marked certified as urgent the passage of the Anti-Terror Bill amid the COVID-19 crisis. The bill, also referred to as House Bill No. 6875, aims to improve the country’s policies against terrorism by amending the Human Security Act of 2007. The bill penalizes any person who will propose, incite, conspire on and facilitate terrorist acts. A suspect could also be detained without a warrant of arrest for at least 14 days.

“Please do not take away our voices [and] our basic human rights!” Soberano said on a follow-up tweet.

The actress also included an online petition to junk the bill today, June 3.

Meanwhile, Reid and his fellow actor Khalil Ramos, as well as former beauty queen Pia Wurtzbach, participated in the Black Out Tuesday protest on Instagram.

Amid the series of protests against racism and police brutality in the United States, these celebrities emphasized the importance of African American citizens’ lives and highlighted some of the local issues in the country.

Reid protested for the two causes on his Instagram post by writing “BLACK LIVES MATTER” and using the hashtag #junkterrorbill.

Wurtzbach likewise addressed the two issues on her Instagram page.

“I’ve been overwhelmed with emotion lately and I’ve been struggling to put it into words,” she said. “I may not always have the right words to say but I can’t deny how this makes me feel.”

“One thing I know for sure is I want to keep learning… [and] I want to see and be part of a change. Stop hate, injustice and racism,” she said. “#BlackOutTuesday #JunkTerrorBill.”

Aside from the protests against the Anti-Terror Bill, Ramos also called for mass testing in the country.

Ria Atayde, a GMA network actress, echoed the call for mass testing and for junking the Anti-Terror Bill via Twitter today. She also appealed to bring back on air her home network’s rival TV station, ABS-CBN, after it stopped operating last month due to government orders.

Actress Nadine Lustre is also against the bill, according to director Antoinette Jadaone. The “That Thing Called Tadhana” director posted a screengrab of Nadine Lustre’s Instagram Story on her Twitter account today.

The senators said critics should “read the bill” and see that there are “enough safeguards in place.” However, the Commission on Human Rights (CHR) explained that the broad and vague definition of terrorism in the Anti-Terror bill might open avenues for abuse. JB