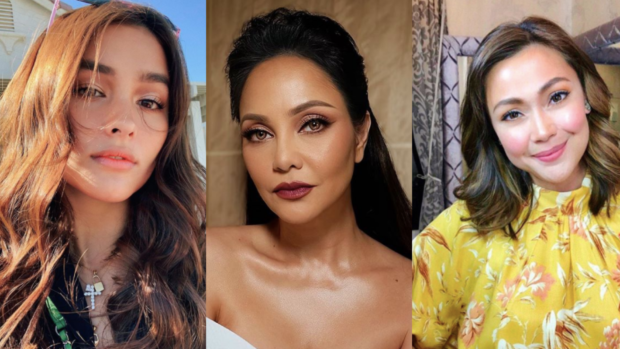 Celebrities such as Eula Valdes, Liza Soberano and Jodi Sta. Maria have joined the Blackout Tuesday initiative to protest against racism.

The effort was spearheaded by two black women who work in music marketing, Jamila Thomas and Brianna Agyemang, following the death of George Floyd.

“It is a day to take a beat for an honest, reflective and productive conversation about what actions we need to collectively take to support the Black community,” they said in a statement on their site.

While the initiative was originally aimed at those in the music industry, celebrities and advocates from different industries quickly showed their support for the cause by posting black squares on social media. In the Philippines, local stars such as Valdes, Soberano and Sta. Maria uploaded black squares on their Instagram pages earlier today, June 3.

Meanwhile, Jodi Sta. Maria said, “[O]ne of the ugliest things one could ever see is a human being without compassion.”

Frankie Pangilinan likewise took to her own page to show her support for the cause and provide links to resources regarding BLM and Blackout Tuesday.

Miss Universe 2015 Pia Wurtzbach also joined the effort while acknowledging that she may “not always have the right words to say.”

Catriona Gray, Marvin Agustin, Shaina Magdayao and James Reid are among other local celebrities who also joined the movement. While the Blackout Tuesday initiative was started in solidarity with other movements such as BLM, other artists and activists have cautioned against using the Black Lives Matter hashtag for the posts of black squares.

Posting black boxes on Instagram and hashtagging black lives matter is rendering the the hashtag usless. Remove the hashtag so actual BLM posts can be seen. #blackouttuesday #BlackLivesMatter

Following the advice about using the BLM hashtag, Thomas and Agyemang clarified the initiative’s aim through The Show Must Be Paused page.

#theshowmustbepaused | For more information on how to take action visit https://t.co/vDBp9z7ljq pic.twitter.com/1eJMZ9dWC2

They also advised supporters to only use the BLM hashtag to share important information about the movement.

“If you are not using it for that purpose, please type Black Lives Matter with no hashtag,” they added, “so we do not inadvertently mute vital dialogue in a sea of black boxes.”  /ra