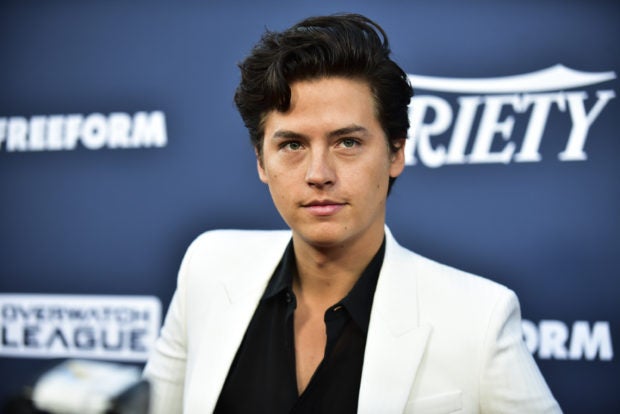 Cole Sprouse was arrested while joining a mostly peaceful protest against racism last Sunday, May 31, in Santa Monica, California, following the death of George Floyd.

Floyd, an African-American, died while police officer Derek Chauvin kneeled on his neck after arresting him on suspicion of using a counterfeit bill at a grocery store in Minneapolis, Minnesota.

The Hollywood actor recounted the incident on his Instagram page earlier today, June 2. He pointed out that he was detained with other “peaceful protesters” and that his arrest was not about him.

Instead, he stressed that “there’s a clear need to speak about the circumstances: Black Lives Matter.” Black Lives Matter is an activist movement that campaigns against violence and racism toward black people.

“Peace, riots, looting, are an absolutely legitimate form of protest,” he added. “[T]he media is by nature only going to show the most sensational, which only proves a [long-standing] racist agenda.”

Sprouse also noted that before they were detained, officers gave them the option to leave because they would be arrested if they chose to stay. However, when many of them began walking away, other policemen blocked their path and began tying their hands together.

“It needs to be stated that as a straight white man, and a public figure, the institutional consequences of my detainment are nothing in comparison to others within the movement,” the actor emphasized.

“This is ABSOLUTELY not a narrative about me, and I hope the media doesn’t make it such,” Sprouse added. “This is, and will be, a time about standing ground near others as a situation escalates, providing educated support, demonstrating and doing the right thing. “

“This is precisely the time to contemplate what it means to stand as an ally,” he said before urging “others in [his] position” to do the same.

Sprouse also noted that there were rolling cameras in police cars while he and the other protesters were arrested.

“I’ll speak no more on the subject, as I’m (1) not well versed enough to do so, (2) not the subject of the movement, and (3) uninterested in drawing attention away from the leaders of the #BLM movement,” he said.

Following his post, Sprouse shared an online document that contains information on how to support the campaign on his Instagram Stories. 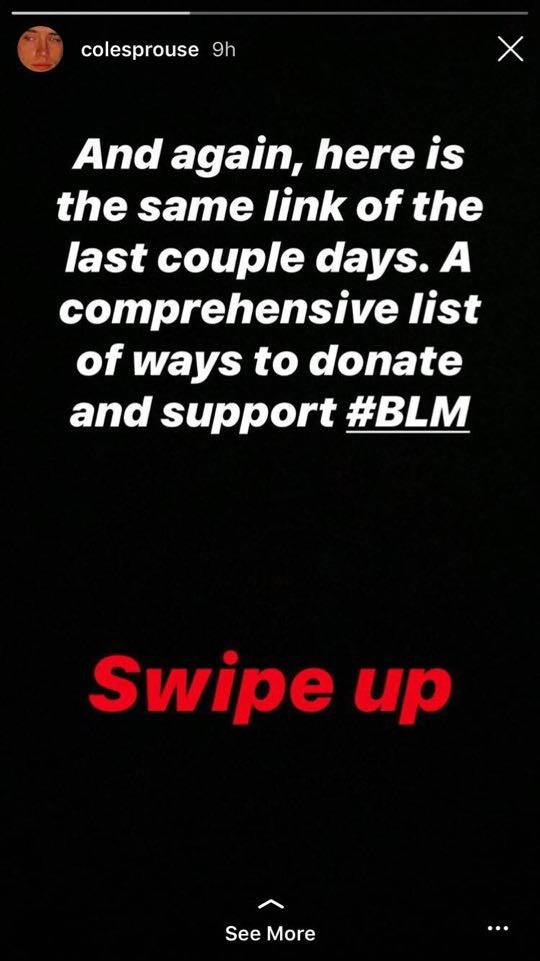 Along with Sprouse, other celebrities such as Halsey and Madison Beer were also at the mostly peaceful demonstration in Santa Monica before he was detained. Meanwhile, Ariana Grande, Kendrick Sampson and model Emily Ratajkowski joined other protests in Los Angeles.  /ra