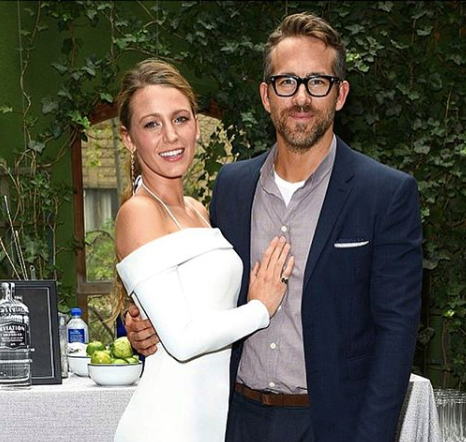 Amid continued protests for racial justice in the United States, Hollywood couple Blake Lively and Ryan Reynolds contributed $200,000 (over P10 million) to the National Association for the Advancement of Colored People (NAACP) Legal Defense Fund.

Aside from donating to the legal organization, Lively and Reynolds also promised to continuously educate themselves and their children about the “deeply rooted systemic racism” and their own “complicity” to it.

The two posted the same statement on their respective Instagram accounts yesterday, June 1.

“We are committed to raising our kids so they never grow up feeding this insane pattern and so they’ll do their best to never inflict pain on another being consciously or unconsciously,” the actors said.

Lively and Reynolds promised to stay educated and to vote every local election as a way to honor George Floyd, Ahmaud Arbery, Breonna Taylor, Eric Garner and “all the black men and women who have been killed when a camera wasn’t rolling.”

The actors said they “want to use our privilege and platform to be an ally” and to play their part in “easing pain for so many who feel as though this grand experiment is failing them.”

They also listed some of the things they never had to worry about on a day-to-day basis that black people do. Lively and Reynolds expressed their shame for allowing themselves to be uninformed about racism in the past.

“We talk about our bias, blindness and our own mistakes,” they said of how they are discussing racism with their kids. “We look back and see so many mistakes which have led us to deeply examine who we are and who we want to become.”

Lively and Reynolds lauded NAACP as it fights for racial justice. According to its website, “Through litigation, advocacy, and public education, LDF (NAACP Legal Defense and Educational Fund) seeks structural changes to expand democracy, eliminate disparities, and achieve racial justice in a society that fulfills the promise of equality for all Americans. ”

The couple also urged fans to sign petitions on NAACP’s website and participate in calls for donations and action.

The stars’ pledge came amid the series of protests against racism in the United States, reignited by the death of African American George Floyd last May 25 while in police custody.

Minneapolis police officer Derek Chauvin kneeled on Floyd until he was unresponsive. The incident became viral after a bystander captured the incident and uploaded it on social media. A few days later, Chauvin was charged with third-degree murder and second-degree manslaughter. NVG