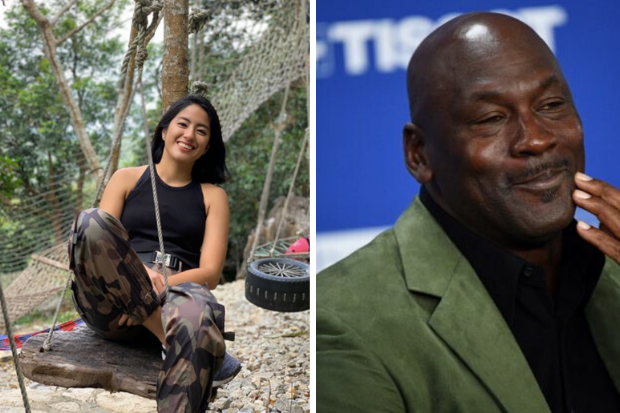 The “Tala” craze may seem to have died down in recent days, but television host and sports star Gretchen Ho is nonetheless showing her love for the song by editing a short video.

Ho shared with fans her own version of a clip of NBA legend Michael Jordan, which she edited to have him jam to Sarah Geronimo’s hit song.

The TV host said she made the video to fulfill lawyer Mickey Ingles’s request, which was to insert “Tala” into the video uploaded by Twitter user @JordanJamming. Ingles then showed his gratitude to Ho, who was able to edit and upload the short clip in less than an hour since his request.

“Hahahahaha ayan na nga!! Thanks po sa pagfulfill ng request, @gretchenho (Hahahahaha here it is! Thanks for fulfilling my request, Gretchen Ho),” he said on Twitter.

At the height of it as a dance craze, Geronimo’s song “Tala” was able to enter Billboard World Digital Song Sales chart last January. Its music video on YouTube has garnered over 135 million views. It has been up on the site since July 11, 2016.

The iconic choreography of the pop track gave rise to a dance craze in 2019, which had both celebrities and fans recreate its dance steps on social media under the #TalaDanceChallenge hashtag. JB