A man who thought he had made a connection in a New York City subway was surprised to find out that he was speaking to Vanessa Hudgens.

The video has garnered over 970,000 views as of writing, as well as an amused reaction from Hudgens herself on TikTok on April 30.

De Los Santos, a restaurant manager, said the chance encounter happened two years ago, as per Buzzfeed on Friday, May 8. He confirmed too that he and Hudgens spoke to each other on the train.

As the story goes, De Los Santos danced with a “random girl” to live music in a subway station, recalled Murillo in the video. De Los Santos had no clue that he was showing off his moves to the “High School Musical” star. 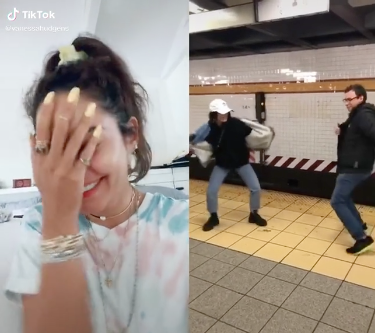 Vanessa Hudgens reacts to the TikTok video of her dancing in a subway station. Image: screengrab via Tiktok/@vanessahudgens

“Afterwards they hopped on the train and started talking. He thought they hit it off,” Murillo said.

Hudgens told De Los Santos she was a Broadway actress — aside from her screen work, she was in a production of “Gigi”.

“Obviously he started flirting right away. But she mentioned she had a boyfriend,” Murillo recounted. Hudgens’s boyfriend at that time was actor Austin Butler.

Then, the moment of truth.

“Suddenly people started coming up to her, asking her for selfies. That’s when my friend found out he had been talking to Vanessa Hudgens the whole time!” 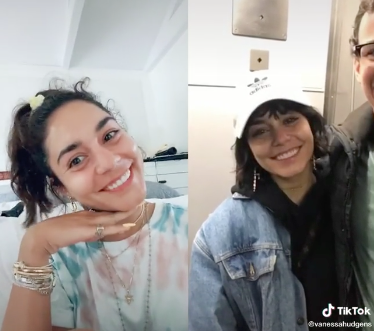 Though some are in disbelief that De Los Santos did not recognize the actress, as Murillo says in the video caption, it is the “truest subway story ever told.” JB