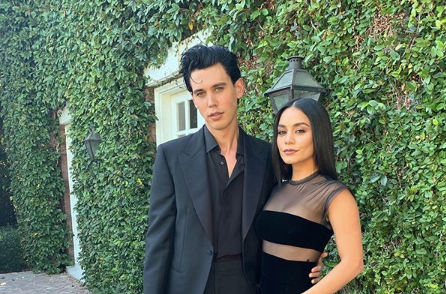 Singer-actress Vanessa Hudgens and her long-time boyfriend, actor Austin Butler, have reportedly ended their relationship after being together for nearly nine years.

The “High School Musical” star has been telling her close friends about the split-up, according to an insider in Us Weekly’s report yesterday, Jan. 14.

Although the two have yet to confirm it to the public, speculations that they have broken up have been around since the holidays as the two appeared to not have spent them together based on their social media posts.

Last New Year’s Eve, Hudgens celebrated the festivities with Butler nowhere to be found, as seen on a series of photos she posted on Instagram that day.

The last time the Filipina-American actress posted about Butler was on Halloween last year, where the pair were dressed up in matching gothic outfits.

“[Happy] Halloween from my family to yours,” Hudgens said on Instagram on Nov. 1.

Hudgens and Butler started dating in September 2011, about a year after the actress broke up with her “High School Musical” co-star Zac Efron, as per the report. Ian Biong/NVG