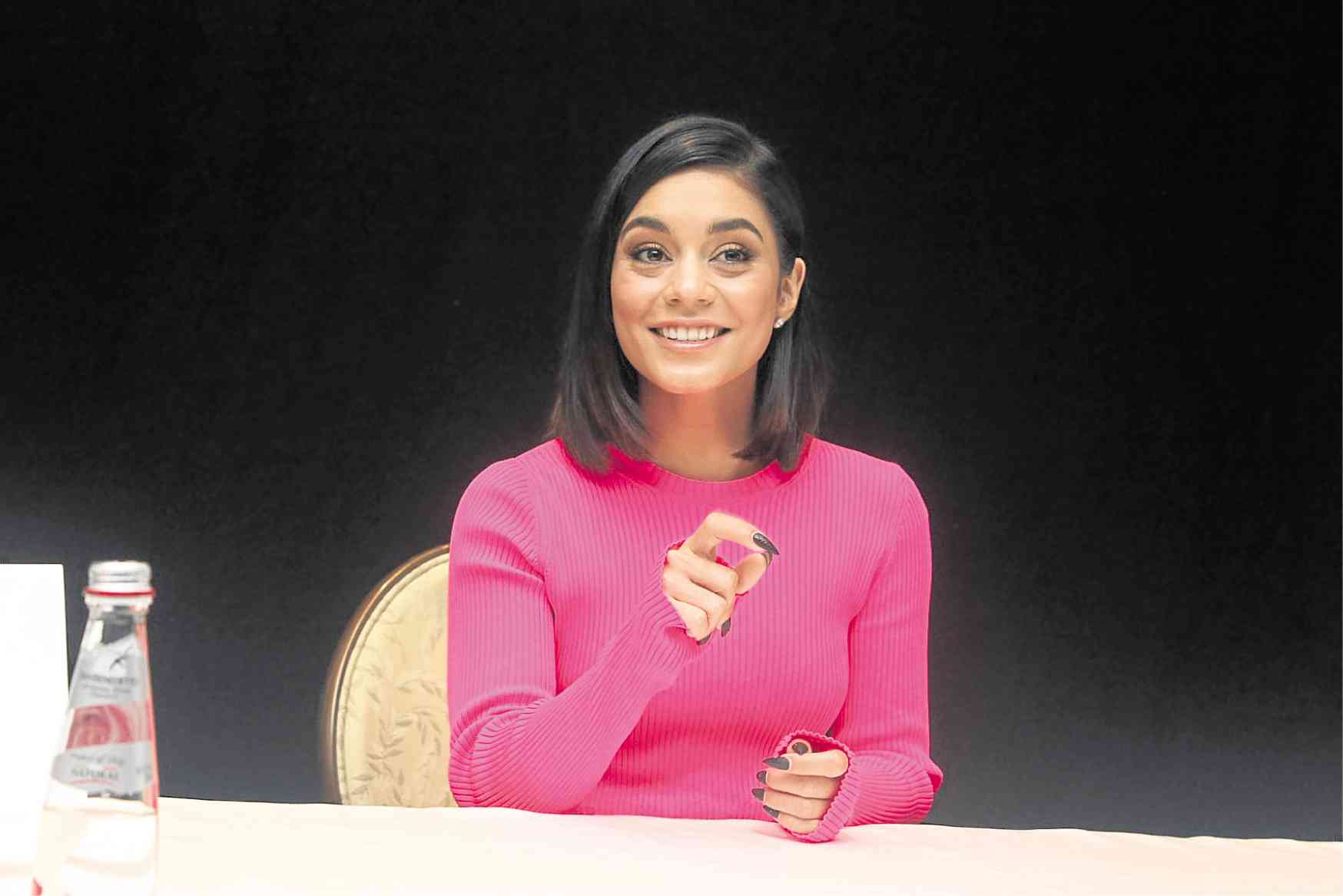 LOS ANGELES—“It’s my turn to spoil her,” said Vanessa Hudgens about her Filipino mom, Gina Guangco-Hudgens. “She came to America from the Philippines with my father, so all that she knew in America was my dad, my sister (Stella) and me. Now that my dad is gone, it’s been difficult.”

Vanessa’s dad, Greg Hudgens, died of cancer in January 2016, the night before she played Rizzo in Fox TV’s “Grease: Live.” She dedicated her acclaimed performance to Greg.

Added the singer-actress in this recent interview in LA, “My mom had to find things to keep herself preoccupied, especially things that bring her joy. She goes line dancing two times a week, and she loves it.

“Now, our tradition is going to my dad’s grave. We bring a blanket and catch up because it feels like he’s still a part of our lives just by sitting there with him. He’s buried at Forest Lawn.

“We were there the other day—just my mom and me. Out of nowhere, we heard a mariachi band. On the level above us was a tent and a group of 15 people and a full-on mariachi band. So I picked up my mom, and we started dancing together. It was a special sweet moment. It’s nice to keep my dad alive in our hearts.

“Definitely, my relationship with my mom has grown more,” declared the actress, who has evolved from her hit “High School Musical” series to varied roles, including her Broadway stage debut in “Gigi.” “I feel like because she’s going through such a massive change, she confides in me. She thinks of me as her best friend, and she sometimes tells me things even I don’t want to hear (laughs). It’s weird but also sweet when that role reversal happens.”

On what she cherishes from being raised by Gina, who hails from southern Philippines, and Greg, who was of Irish and Native American heritage, Vanessa answered, “The thing that I took away the most from my parents is that they were married until the day that my dad passed away. I admire my parents’ tenacity to stay together, no matter what, because I saw them at their highs and lows.

“And the amount of time and money that they put in, so much driving back and forth to auditions, to make our dreams come true.”

Asked if Gina still brings Filipino food to her house, Vanessa replied, “I stopped eating meat. My favorites were adobo and pancit. She brought over pan de sal the other day, but I was getting ready for the cover shoot of Women’s Health.” 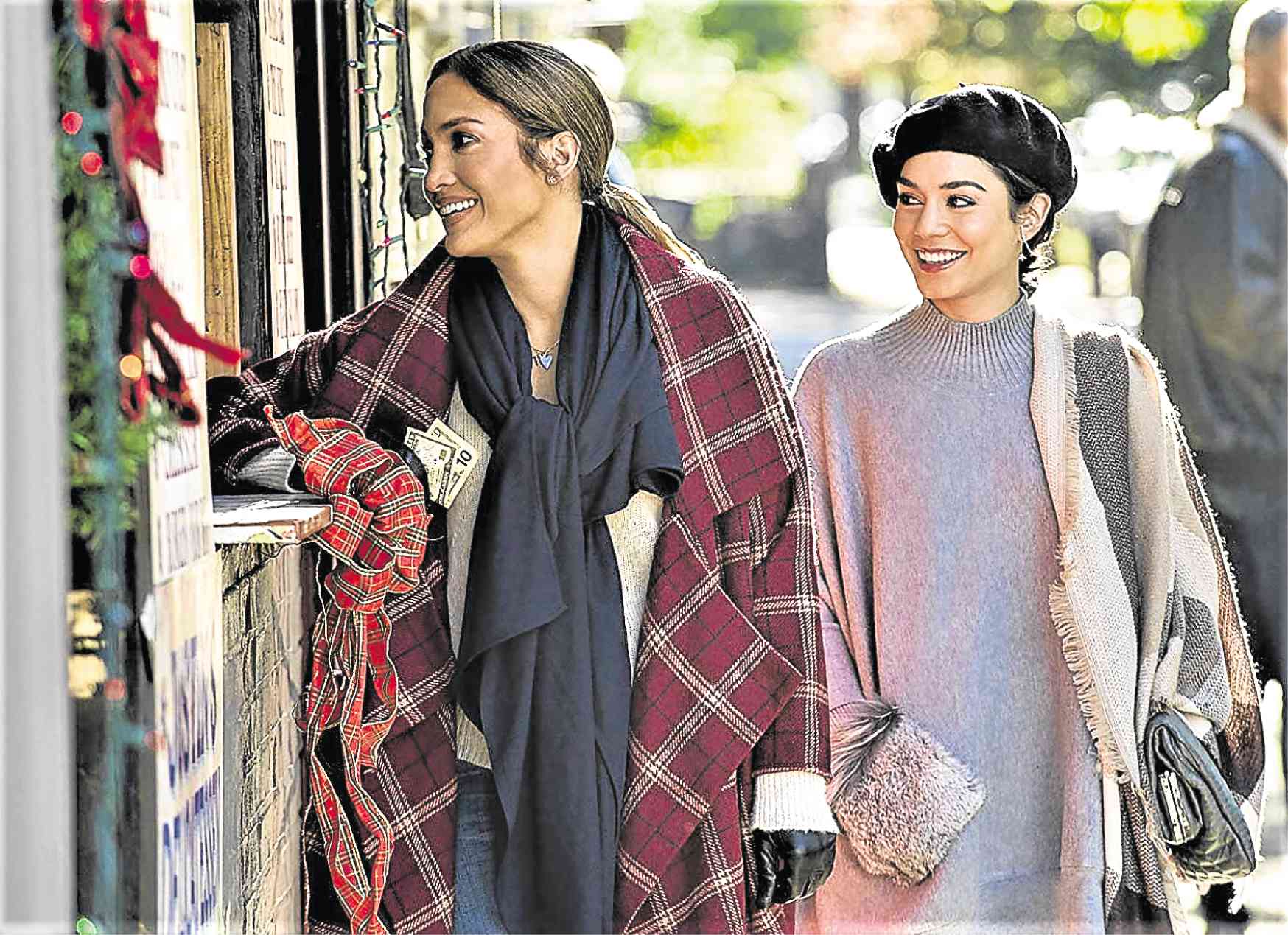 “The biggest takeaway for me about working with her is how hardworking she is,” Vanessa said about J Lo. “It blew me away. I remember being in between setups, with Jennifer sitting down with Nappytabs, who do her Vegas show, and coming up with a concept for it.

“We were in a full workday, yet she still sat down with her creative team to plan the show. I find that so inspiring and such a good example to me as an artist, to know that in order to reach her level, she’s spending every waking moment bettering herself and moving her career forward.”

Vanesa admitted being intimidated at first with Jennifer. “I had met her once before in passing, and I remember going, oh wow, that’s J Lo. Her aura is real. She’s larger than life. So I was definitely nervous going into the project.

“But, as soon as I started working with her, she made me feel so safe. With her, I know everything’s going to be OK. Which was nice, because you don’t always get that.”

While she may be too young to have a second act in her life, Vanessa insisted, “I’m in in the beginning of my second act. It’s crazy that this is what the movie is about. I did my first movie when I was 13 years old, and I’m about to turn 30 in December.

“I feel like I’ve had such an epic 20s. I’ve learned so much about myself. Of course, it’s constantly evolving, but I had that moment at 25 when I felt like I knew exactly who I was and what I wanted to do.

“Then, at 27, I woke up and felt like I had no idea what I was doing, who I was, what I stood for. Now that I’m in my last few months (of being 29), I’m like, OK, I feel like I’m getting a handle on things. I’m putting all the right ducks in a row so that entering this second act, I can be in a place where there are no distractions.”

On how she successfully transitioned into an actress and avoided the career pitfalls of being a teen sensation, then struggling into adulthood, Vanessa explained, “I worked my way through that by not saying yes to the things that were easily presented to me.

“They knew me for ‘High School Musical,’ and I was getting offered a lot of parts that were very similar.

“But I can literally do that in my sleep. That’s not going to challenge me. So why would I do that? So, I held out for a while. And by doing so, I definitely had dry spells, where I was sitting around calling my agents and manager saying, what’s going on? I need to be doing something.

“And they would reassure me that it’s all about timing, that when something comes around that I’m passionate about, we’re going to go after it. Sure enough, things did come around that aligned with what I wanted to do, like playing a drug addict, a prostitute or women who don’t necessarily have the voices to speak up. And being able to do that for them was something that was important for me.

“I’m grateful that I took that time to be calculated with my next steps, because that’s what’s allowed me to have a smooth transition.”

On what her strangest experience was with a fan, Vanessa shared, “Years ago, I was at a talk show. I was going to the bathroom, then this girl saw me and was freaking out. When I came out of the restroom, she was, ‘I love you so much, Vanessa. Can I have a hug?’ I said, sure. As I went in for the hug, she started making out with my neck. Before I knew it, there was literally a tongue on my neck, and I was, noooo (laughs)! I felt terrified for my own security. I bolted out of there.”

As for her funniest fan, she recounted, “Once, I had a guy ask me to sign his forehead with a Sharpie. Yeah, I did it.”

Summing up her current life, Vanessa—who has been in a relationship with actor Austin Butler since 2011—declared, “It’s a happy time in my life. When I stop to think about it, it makes me emotional. It’s like self-reflection. I’m working harder now more than ever.

“God is so good. I feel like I have so many moments when they almost seem too good to be true. That’s the thing that keeps me happiest—when I can be grateful for the little things, as well, so that when the big things come along, it’s even more grandiose.”

She reiterated her gratitude to her mom and late dad. “My parents never forced me to do anything I didn’t want to do, which I’m grateful for. I’m also grateful that it actually worked out for me. Obviously, it’s still a work in progress and, with God’s blessing, I’ll be able to do this for a very long time. But, you never know.”

Read Next
‘Crazier’ character to ‘reintroduce’ Rufa Mae to millennials
EDITORS' PICK
Every Filipino home can now be a smart home with realme TechLife
PLDT Home Prepaid WiFi customers now under the care of Smart
Nestlé Philippines’ ‘NESCAFÉ Plan’ bags Grand Anvil at PRSP 56th Anvil Awards
Wesley So officially a US citizen
‘Pilgrim of peace’ Pope Francis heads to war-scarred Iraq
WHO: Arrival of vaccines in PH ‘a powerful step’ towards economic recovery, normalcy
MOST READ
Kris Aquino dispels rumors on son Josh getting married, thanks Ogie Diaz for defending him
Wesley So officially a US citizen
Ginebra trades Slaughter to NorthPort for Standhardinger
LTO’s P500-M deal for screws draws scrutiny
Don't miss out on the latest news and information.