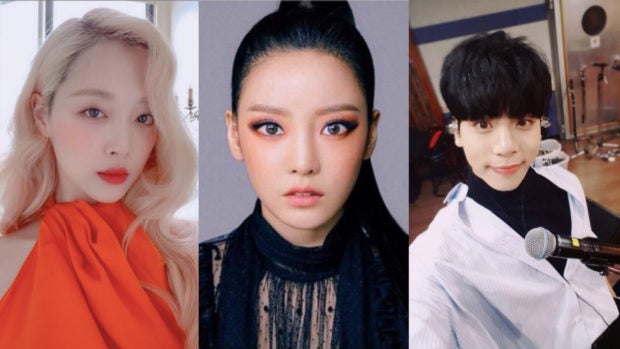 Despite the unfortunate circumstances of how former K-pop stars Sulli, Goo Hara and Kim Jong-hyun left this earth, their fans can still visit these artists’ Instagram pages to pay their respects and reminisce about the good memories they had with their idols.

Some fans rejoiced after discovering that their idols’ accounts on the mentioned app have been memorialized, as seen in a certain Jongdae Dyo’s Facebook post last Thursday, April 30.

Kim Jong-hyun, more widely known as simply Jonghyun, was a former member of the South Korean band SHINee. He died at the age of 28 in December 2017. Authorities investigated the case as a suspected suicide.

Sulli, whose real name was Choi Jin-ri, was a victim of cyberbullying and had been suffering from severe depression prior to her death. The actress was found dead at a house in Seoul last October. She was 25 years old.

A few weeks later, Sulli’s close friend Goo Hara was also found dead at her home in late November. The 28-year-old singer was a member of the K-pop girl group Kara. She was reportedly also hospitalized in May 2019 after a suicide attempt.

The K-pop stars’ fan, Dyo, announced Jonghyun’s and Sulli’s accounts getting memorialized on his Facebook page.

“It means they won’t remove it for it’s inactivity so that everyone can still visit it while remembering our angels!” the fan added.

Jonghyun and Sulli's instagram has been finally memorialized. It means they won’t remove it for it's inactivity so that everyone can still visit it while remembering our angels! 🕊I'm so happy today. 🤍 😭

Another fan named Paula (@syjungies) added that it was not just Jonghyun’s and Sulli’s, but Hara’s as well.

The netizen attached three screen grabs from the K-pop idols’ Instagram accounts showing that the accounts have indeed been memorialized, as seen on her Twitter post yesterday, May 1.

jonghyun, sulli and hara's instagram has been memorialized. it means they won't remove it for inactivity 💕⚘ pic.twitter.com/H9sIl4h9LB

Other fans can also visit these K-pop idols’ accounts and click the word “remembering” underneath their display icons to show Instagram’s memorialized letter.

After Sulli’s death, a number of bills were submitted to the National Assembly in South Korea, aiming to curb cyberbullying in the country.  /ra

The Philippine Department of Health has said that every case of suicide is a tragedy that can be avoided. Thus, people who feel that they may be suffering from mental health and need help may call Hopeline hotlines: