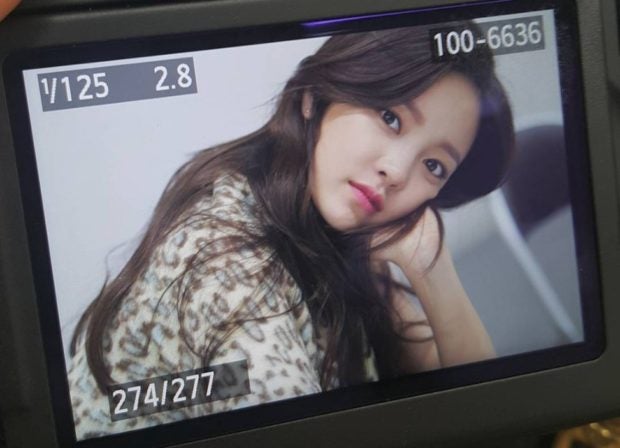 Goo Hara (via The Korea Herald)

SEOUL — Singer Goo Hara, who was found dead at her home Sunday, left a note, according to police.

A note written by Goo was found on a table in her living room at around 6 p.m. Sunday by her housekeeper, who then filed a report with police, the Seoul Metropolitan Police Agency said during a press briefing Monday.

Police added that based on on-site inspections and family testimonies, murder was unlikely. A closed-circuit TV review showed that Goo returned home at around 12:30 a.m. Sunday, police said.

She was found dead in her home in Gangnam, Seoul, by the housekeeper, who was a longtime acquaintance.

“It is with deep regret that we impart the heartbreaking news,” said Production Ogi, which managed Goo’s gigs in Japan.

A private wake will be held at Gangnam Severance Hospital as per the family’s wish, the agency said. The public is asked to not visit.

A separate public memorial will be held at Seoul St. Mary’s Hospital in Seocho, southern Seoul, from 3 p.m. Monday to Wednesday midnight for fans to pay respects to the late star.

In May, Goo was hospitalized for an apparent suicide attempt. Upon recovery, she issued a statement via her agency apologizing for “all the trouble.”

Last year, Goo was involved in a highly publicized legal battle with former boyfriend Choi Jong-bum, a 28-year-old hairdresser who threatened to release a sex video with her to media. In August, Choi was given a suspended sentence for intimidation, assault and property damage, among others.

Read Next
LOOK: Dimples Romana a.k.a. Daniela Mondragon gives post-birthday love in children’s home
EDITORS' PICK
vivo brings to the Philippines a powerful smartphone with a slimmer body, the vivo Y02s for only PHP 6,499
Apple warns of flaw that lets hackers into iPhones, Macs
46% of schools nationwide to have full face-to-face classes on Aug. 22
House energy committee chair Arroyo bats for cheap electricity
What to watch out for when selecting a video surveillance solution
Heads may roll at BOC, says Palace if sugar smugglers are allowed to use recycled import permits
MOST READ
DepEd to give teachers P5K cash allowance within first week of classes
LOOK: Miel Pangilinan dazzles in glittery pre-debut shoot
Man abducted in Batangas gasoline station, found dead in Quezon
Dressing the dead: Indonesian villagers clean corpses in afterlife ritual
Don't miss out on the latest news and information.