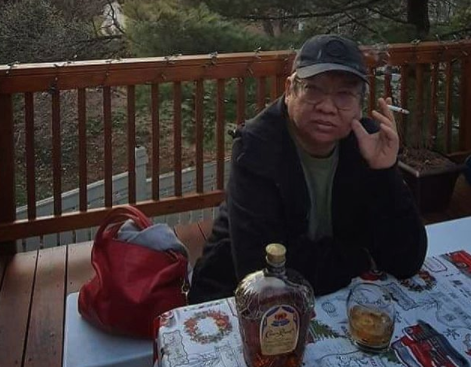 Multi-awarded director Erik Matti did not mince his words when he said that the current preference for K-drama in the country will lead to local cinema’s doom. Numerous netizens responded to Matti’s claim as they cited Korean shows that they think are more than just love stories.

After noticing that the top 10 most viewed shows on the streaming platform Netflix are mostly South Korean series and movies, Matti took a swipe at these shows on Twitter last Tuesday, April 14, describing them as mostly “[faux] cinderella stories with [Belo-fied] actors whiter than white.”

“The daily top ten most viewed on #Netflix shows us how our movies and [TV] are doomed in the future,” Matti said. “K-drama galore.”

“And it’s all about love in the midst of this pandemic,” he added.

The daily top ten most viewed on #Netflix shows us how our movies and tv are doomed in the future. K-drama galore. Faux cinderella stories with belofied actors whiter than white. And it’s all about love in the midst of this pandemic. 🥵😠😫😤

Giving Matti some film recommendations, Twitter users cited K-dramas that they believe cover a wider range of genres and issues.

Hi sir, may I suggest the following dramas (weren’t shown on Netflix realtime so they weren’t hyped but I believe they’re there). No love stories, just pure good storytelling ang acting.

Itaewon Class which is filed under “K-drama galore”, tackles social injustice, racism, class differences, and transgender issues, more than a love story if we’re not close-minded. I get your frustration but one might pick up a gem from that list.

(Why are we so angry at K-drama but our mouths are shut when it is Western series/films that are trending? K-dramas have diverse storylines. Filipino primetime could never relate.)

Matti is the director of the multi-award-winning action film “On the Job,” which stars Piolo Pascual. He was also awarded as best director in the 2015 and 2016 Metro Manila Film Festival (MMFF) for his entries “Honor Thy Father” and “Seklusyon” respectively.

Matti, together with fellow directors Lore Reyes and Peque Gallaga, also bagged the best screenplay in the MMFF for the 1996 fantasy adventure film “Magic Temple.”  /ra