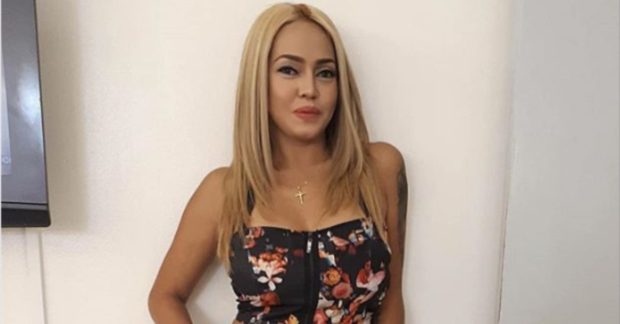 Comedienne Ethel Booba finally explained in a video yesterday, April 14, why she called her Twitter account “fake” after years of growing a following with witty, and at times, hard-hitting posts.

The disowning of the account came as a surprise as Ethel herself has said in multiple TV interviews that the account was hers.

She stated back in October 2016 that she was behind the tweets while she promoted her book “#Charotism: The Wit and Wisdom of Ethel Booba” on “Tonight with Boy Abunda”. She also explained in another interview in November that she had a “social media consultant” helping her handle the account and editing tweets before they are posted.

She said that she had no direct contact with the administrator and that she only spoke to the person through other people.

“‘Di ko nga alam ‘yong pagmumukha niya (I don’t even know how the person looks),” she said in the video, noting too that it could be more than one person behind the account.

Ethel admitted that she used to feed jokes to be tweeted, but claimed that the account handler was no longer following what she wanted to post. She said she reported the account after it took a more political tone — particularly one that was anti-administration.

“Hindi maganda ang Twitter world para sa ‘kin. Parang nakakabad vibes siya. So tinanggal ko ‘yon,” she said. (The Twitter world was not nice for me. It brings bad vibes. So I removed it.)

She said that she knew of an account impersonating her at around 2012 or 2013, when the account messaged her around the time she took down her original account.

The account followed her friends and siblings on Twitter at around 2016 and messaged them. Ethel checked the account herself and noticed that it was using pictures from her Facebook page and captured how she talked.

(I checked it. When I did, it was copying my posts on Facebook and putting it on Twitter. It captured me, the way I spoke.)

(I was happy because it was good. I read all of it, it was OK. It was not harming anyone. It was full of quotes. Just funny.)

She said the so-called fan would reach out to her friends and siblings to inquire about shows and became friends with them. Ethel said she and her friends would think of tweets and “feed” them to the administrator.

(They were helping out… my friends and I were collaborating until Viva called me because they liked the tweets. No politics, no besmirching, nothing unnecessary.)

(The flow of the tweets that were funny was good. So I let it be. [I thought] I have an admin for free, others even pay for one.)

After the viral Twitter posts caught Viva’s attention, her book “#Charotism” was released in 2016. It was published by VRJ Books under Viva Publishing Group.

The book was anchored on the huge popularity she earned from Twitter through outspoken posts which resonated with the public.

(I need to own up to it because it was copying me. I was feeding the tweets, that’s why it was funny.)

Ethel said she noticed the tone of the tweets changed around 2019.

(I sent a message. “Tell [the admin] not to deal with politics because I am not fond of it. Then I should have been a candidate. With my many followers I might have even won.)

(I reported it because the tweets were below the belt. The tweet was “We pay our taxes, why do we need to contribute?”… someone sent me that. I said, “What is this person making noise about again?”)

(That is why I was annoyed, I was frustrated. Why would you make noise like that especially in our situation now. We have a pandemic happening in the whole world.)

(I am crying because we don’t know when we can go out, right?)

She also said the tweet made her seem like she was selfish and that she had a fundraising effort, but could not attend to it because she just had a baby.

(I was staying quiet. When I got pregnant I did not mind [the Twitter account]. It’s been so long since I had a connection on Twitter through them, through those [the handler] would contact.)

Ethel reiterated that she did not earn from political posts: “E di dapat ang yaman yaman ko na (Then I should be so rich already).”

She revealed too that some politicians offered gifts because of some of the posts, and that the handler wanted to receive them. However, Ethel said she turned them down.

(I have no death threats. Then others say the Twitter account was shut down because the admin was not paid. Who was used here?)

She clarified too her political views, given that the “fake” account contained tweets which criticized the present administration.

(To those asking if I am a Yellow or what, I will be transparent. I supported our president.)

(It had to be ended because elections are coming. In two years, this could be profited from. Especially now that we are in a crisis.)

(It should not be Duterte or Yellows now. We should be united. Because we don’t know if this is the end of the world. We should be helping each other.)

She also addressed the administrator multiple times throughout the video and would be visibly emotional.

(What was that? Why did you mix politics on Twitter? It was OK before. Just for fun. I had no idea followers would grow and grow like that.)

She also told the administrator to make an account of their own rather than use her name. “Masyado kasing papansin. Gumawa ka na lang ng maraming account. Ikaw, sa ‘yo,” she advised.

(You seek attention too much. Just make multiple accounts that’s yours. You used me why? Because this is me. My tweets would be noticed more. You have your own agenda. Why did you have to use me?) JB