Wu-Tang Clan to be honored in new lullaby album 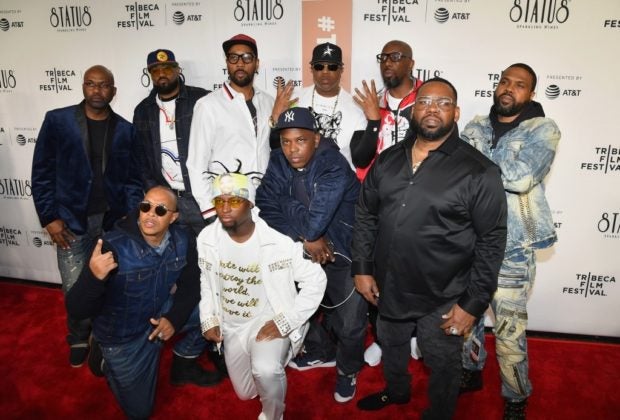 Rockabye Baby! announced that the infant-friendly “Lullaby Renditions of Wu-Tang Clan” will arrive on vinyl for Record Store Day on April 18.

The album will include a collection of instrumental lullabies inspired by the iconic hip-hop group, which released its most recent studio opus, “The Saga Continues,” in 2017.

Rockabye Baby! still has to reveal the tracklist for “Lullaby Renditions of Wu-Tang Clan,” although the full-length will likely include instrumental versions of “C.R.E.A.M.,” “Gravel Pit” and “Method Man,” among others.

“Lullaby Renditions of Wu-Tang Clan” will mark the 100th release of Rockabye Baby!, whose series of lullaby albums helps parents put their little ones to sleep to the sounds of Beyoncé, the Beatles, Snoop Dogg, the Red Hot Chili Peppers and Ed Sheeran.

In other news, Wu-Tang Clan co-founder RZA recently collaborated with the Tazo Tea company for the meditative EP “Guided Explorations.”

The five-track collection finds the Brooklyn MC guiding listeners through the various steps of meditation, sometimes weaving in personal anecdotes about his career with the Wu-Tang Clan.

“I’m at the phase in my life where I think the best thing I could do is inspire, whether that’s inspiring some kid from my neighborhood who thinks they’ll never make it out; [or] inspiring someone who picked up a guitar and is frustrated, feeling like the dexterity of his fingers won’t ever get there to hold the chord …I’m looking to inspire and break that stagnation from other artists and other creative minds,” he recently told Forbes.

In addition to releasing “Guided Explorations,” RZA has recently organized a two-day guided retreat at Camp Tazo in his home state of Staten Island.

Next spring, the Wu-Tang Clan will also perform during several festivals in North and South America, including Estéro Picnic Festival, III Points Music Festival, as well as the New Orleans Jazz and Heritage Festival.

“Lullaby Renditions of Wu-Tang Clan” will drop on vinyl on April 18, while a CD and digital edition will be available from April 24. CL /ra