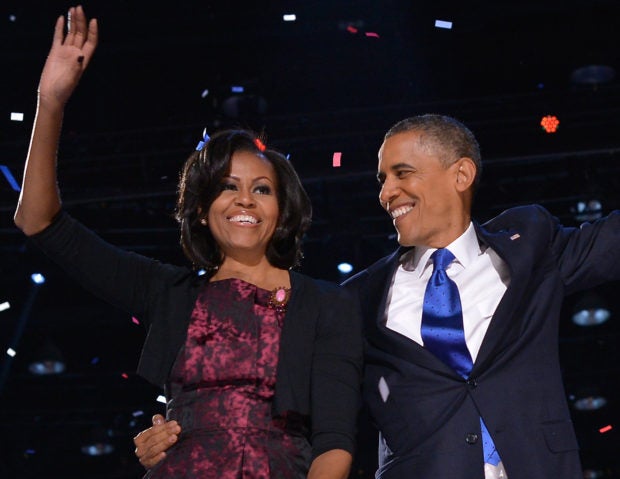 In 2018, Michelle and Barack Obama signed a deal with Netflix to produce films, series and documentaries for the platform. Image: AFP/Jewel Samad via AFP Relaxnews

Hot on the heels of the success of their documentary “American Factory,” the former American presidential couple is about to embark on another Netflix project. The US press reports that Michelle and Barack Obama’s production company, Higher Ground, is set to produce the film adaptation of the novel “Exit West” by Pakistani writer Mohsin Hamid.

The venture has also caught the attention of the streaming giant, which will co-produce along with “Avengers: Endgame” directors Joe and Anthony Russo, who have been working on the project since 2017.

One of Barack Obama’s favorite books

The Russo brothers acquired the rights to the novel in August 2017, just five months after its publication in the US. At the time, it was announced that Morten Tyldum, who is best known for his work on the historical drama the “Imitation Game,” would direct and the screenplay would be written by Jessica Goldberg.

Since then, Tyldum has been replaced as director by Franco-Algerian Yann Demange, while a new screenwriter has yet to be named. A release date has yet to be disclosed for the venture; however, Deadline reports that shooting is set to begin this spring.

The American website also adds that actor Riz Ahmed will executive-produce and also play the role of Saïd, one of the two main characters.

Published in 2017, Mohsin Hamid’s “Exit West” tells the tale of Saïd, a conservative young man, and Nadia, a fiercely independent woman, who fall in love at a time when civil war breaks out in their country. When Saïd’s mother is killed by a stray bullet they decide to flee to the West. The couple joins with groups of migrants, who make use of magical doors to escape from the war zone.

Their journey to safety takes them to the island of Mykonos, then to London, and finally to California. At every stage, they face difficulties finding food and adapting to life in different migrant communities, which strengthens their relationship as a couple.

A contemporary and politically committed novel, “Exit West” takes up the cause of migrants and their ongoing struggle with privileged populations who would just like to see them disappear. Moreover, it was also cited by the former President of the United States, Barack Obama, as one of his favorite books in 2017. CL /ra