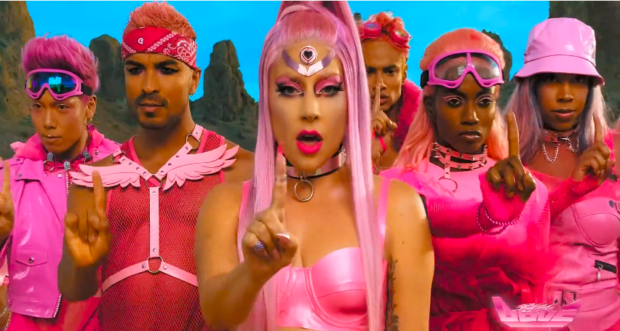 Some of the biggest names in the music industry confirmed that they will soon hit the road across North America and Europe.

While her long-awaited sixth studio album is still on its way, Lady Gaga revealed that she will embark on a “Chromatica Ball” tour kicking off on July 24 at Paris’s Stade de France.

The six-city stadium tour will find the pop icon supporting the much-anticipated follow-up to 2016’s “Joanne” in several North American and European cities including London, Boston, Toronto and Chicago.

Gaga’s “Chromatica Ball” will conclude on Aug. 19 at MetLife Stadium in East Rutherford, New Jersey, with tickets already available on the website of the award-winning vocalist.

Meanwhile, Paramore frontwoman Hayley Williams will promote her debut solo album, “Petals for Armor,” with a set of dates in Europe and North America.

“Wow. I am going on tour. Myself. It’s not Paramore and truthfully, it’s just a little terrifying. But if I know anything, it’s that there’s no safer place (besides at home with my dog) than to be in a room, on a stage, in front of the people who I’ve grown up singing my lungs out for. There was a time I thought I wouldn’t tour ‘Petals for Armor.’ What a joke. I must,” she wrote in her tour announcement.

The “Leave It Alone” singer-songwriter will be joined by Scottish duo The Ninth Wave for her four-date trek in Europe, which will run from May 13 through 19.

Williams will then hit the road with Arlo Parks across the United States and Canada, with concerts in Seattle, San Francisco, Los Angeles, Toronto and New York.

Her North American run will conclude on June 29 with a show in her hometown of Nashville in Tennessee, with tickets being available from Friday, March 13, via Williams’ website.

Later this year, Enrique Iglesias and Ricky Martin will team up for a too-good-to-be-true North American arena tour, with Colombian artist Sebastián Yatra serving as their opening act.

The tour, produced by Live Nation, will find the Latinx superstars performing side by side in cities like Houston, Las Vegas, Chicago, Montreal, Philadelphia, Washington, Miami and Orlando.

The 21-date trek will begin on Sept. 5 at Gila River Arena in Phoenix, Arizona, before concluding on Oct. 30 at State Farm Arena in Atlanta, Georgia.