Despite breakup, 4th anniversary of ‘JaDine in Love’ concert celebrated by fans 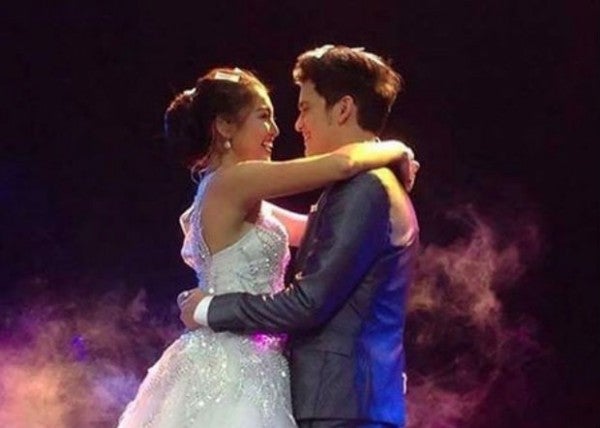 Nadine Lustre and James Reid during their “JaDine in Love” concert on Feb. 20, 2016. Image: screengrab from Storify

A month after their breakup, Nadine Lustre and James Reid are still taking over the internet as their fans celebrate the fourth anniversary of their first concert four years ago, where they became “officially JaDine.”

It was during the “JaDine in Love” concert, held at the Araneta Coliseum on Feb. 20, 2016, that the onscreen couple finally admitted being in a real relationship. To mark this significant moment, fans are storming Twitter and making #JaDine trend today.

“It has been four years since James Reid announced his, ‘I love you,’ to Nadine Lustre [at] the Araneta Coliseum,” Twitter user @livelikepotter noted.

It has been four years since James Reid announced his, “I love you,” to Nadine Lustre in the Araneta Coliseum pic.twitter.com/sw65RzmK6V

A JaDine fan account @WeLoveJaDine meanwhile called the concert “the most unforgettable” one for all of the former couple’s fans.

The most unforgettable concert to all JaDine fans

The fan account also highlighted a clip of Reid telling Lustre “I love you” for the first time in public, calling it “the best moment that ever happened in JaDineLand.”

The best moment that ever happened in JaDineLand 💜

Another JaDine fan account with the handle @_NieDine_ stressed that JaDine, despite the breakup, “is the definition of true love.”

“Still, always the best story and [I’m] gonna tell [my] future kids that this couple is the definition [of] true love,” the fan said. “#JaDine for Real and Reel always .”

Still, always the best story and Im gonna tell to my future kids that this couple is the definition true love 💜#JaDine for Real and Reel always ❤️ pic.twitter.com/pNFryW9I3J

Through a joint statement released last month, Lustre and Reid confirmed the end of their  relationship. They assured fans, however, that they are “on good terms” and are “still really good friends.” JB