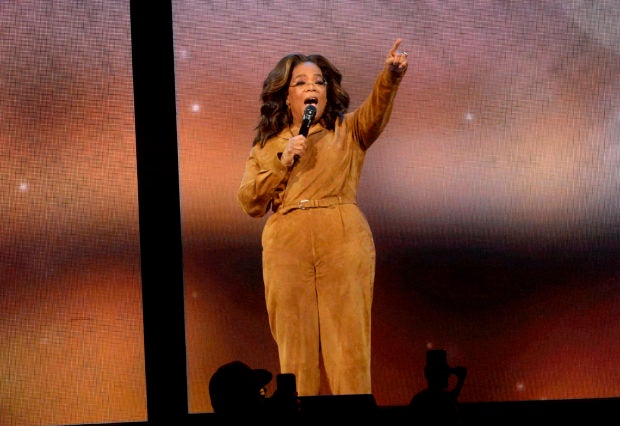 TUCSON, Arizona—Oprah Winfrey’s soon-to-be televised discussion about the controversial novel “American Dirt” is drawing scrutiny for not inviting some of the book’s harshest Latino critics.

The talk-show host organized her much-hyped conversation with author Jeanine Cummins on Thursday after inviting around 250 people to the Harkins Theatres Arizona Pavilions in southern Arizona, the Arizona Daily Star reports. The crowd was then directed to another Tucson, Arizona, location and asked to sign a nondisclosure agreement.

The discussion will be the next episode in Winfrey’s new Apple TV+ series Oprah’s Book Club, which features personal conversations with authors in front of a live audience.

Details of the gathering were not known since the audience was banned from speaking about the event until after the show airs in March.

The novel about a Mexican mother and her young son fleeing to the United States border had been praised widely before its Jan. 21 release. But anger built over allegations the book relied on stereotypes, caricatures and material similar to another Latino writer.

Oprah chose the novel for her book club shortly after its release, drawing more anger from Latino critics.

In a video posted on Instagram following the criticism, Winfrey said she now realizes the book struck “an emotional chord” with Latinos and created a need for deeper conversation.

On Wednesday, the group #DignidadLiteraria posted an open letter to Winfrey on the site Literary Hub calling for deeper conversations about “the continued underrepresentation of (Latino) authors in publishing and in your highly influential book club.”

The letter mentioned the Tucson event and called for a private meeting with Winfrey and their movement.

“We urge you to open your mind and heart to actual Latinos the way you have publicly declared you did to Jeanine’s fictional characters,” the letter read.

Writer Roberto Lovato, one of the signers of the letter, wrote on Twitter about not receiving an invitation to Winfrey’s Tucson event.

“People are starting to enter @Oprah’s ‘all sides,’ completely staged #AmericanDirt spectacle for @AppleTV in Tucson. Though we were not invited & though we r interested in talking re industry, not spectacles, she will be hearing from #DignidadLiteraria,” he wrote.

The episode, which is set to debut in March, is the third installment of the series. The first two episodes were hourlong conversations with book club authors Ta-Nehisi Coates and Elizabeth Strout. CL