The Cesar awards: Key facts about the ‘French Oscars’ 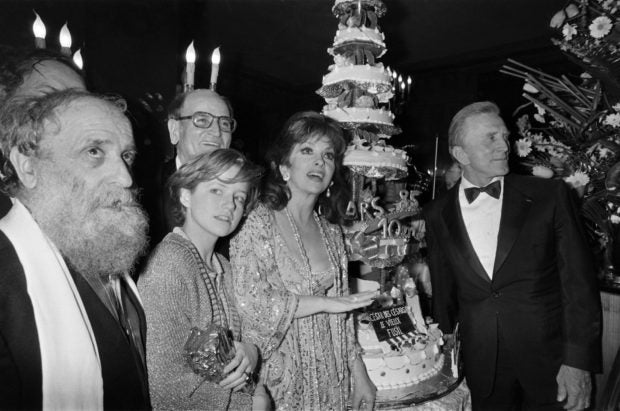 The Cesar film awards, France’s version of the Oscars, have been thrown into turmoil after the entire academy board resigned amid calls for reform and a row over the long-running Roman Polanski scandal.

Here are some key facts about the annual highlight of the French movie industry and one of the most high-profile national film awards around the world.

Inspired by the Oscars

The US Oscars were the inspiration behind the creation of the Cesar awards in 1975, the idea of French producer Georges Cravenne to acknowledge those working in France’s film industry.

It takes its name from the French sculptor Cesar Baldaccini, a friend of Cravenne and the designer of the Cesar trophy.

The first award ceremony took place at the now-shuttered Theatre de l’Empire in Paris on April 3, 1976, with some 1,700 people attending the three-hour event broadcast live on French television.

More recently the glitzy ceremony has been held at the central Paris Chatelet theatre, attracting the most glamorous figures from French cinema.

Over the years the Cesar awards have been dogged by criticism of elitism, often snubbing films that have been popular among French audiences in favor of more supposedly high-brow offerings.

In 2009 director and comedian Dany Boon threatened to boycott the ceremony after his film “Welcome to the Sticks”—the most successful French film of all time—received just one nomination.

Responding to the pressure nearly a decade later, the Cesar academy created a separate category for the highest-grossing film of the year.

But the Cesar has been further weakened by its embroilment with the affair involving filmmaker Polanski, a fugitive from the US since he was convicted for the statutory rape of a 13-year-old in 1978.

In 2017 Polanski was forced to decline the academy’s offer to lead the jury, following outrage from women’s groups and government officials.

Two years later, with the release of his latest film “An Officer and a Spy,” feminist groups protested when it topped with 12 picks the list of nominations for the 2020 Cesar ceremony to be held on Feb. 28.

The shortlisting of Polanski’s film was condemned by France’s equality minister, women’s groups and film critics, but the academy said it could not be expected to take “moral positions” when awarding films.

And in a broader swipe in open letter published on Feb. 11, more than 200 actors, producers, directors and movie personalities denounced the “dysfunction” at the academy, the “opaqueness” in its accounts and the lack of change to its founding statutes.

Three days later the entire board of the Cesar academy resigned.

In 2015 US actress and “Twilight” star Kristen Stewart became the first American actress ever to win a Cesar, for her supporting role opposite Juliette Binoche in “Clouds of Sils Maria.”

This was the same year US film star Sean Penn received an honorary Cesar, the only category along with Best Foreign Film that awards international talent.

George Clooney, Michael Douglas, Kevin Costner and Scarlett Johansson have all been previous recipients of the honorary Cesar. CL /ra