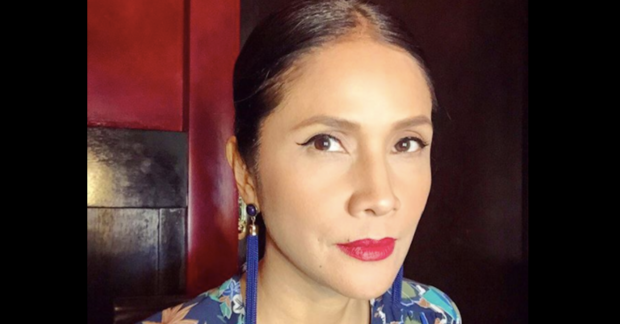 Actress Agot Isidro is urging her fellow local celebrities to also speak out over other issues on freedom in the country as more and more personalities protest against the ABS-CBN shutdown threat.

Stars from both ABS-CBN and rival GMA-7 have been vocal about their support for the Kapamilya network, especially after Solicitor General Jose Calida filed a quo warranto petition to cancel the media giant’s 25-year franchise.

Isidro, a staunch critic of the administration, said on Twitter yesterday, Feb. 13, that it is time for celebrities to be vocal too on other issues involving freedom.

“The uproar over the Quo Warranto brought many personalities to speak up,” she noted. “Hopefully, they would also consider speaking out for the many other instances wherein our freedoms are being curtailed. Sana lang naman. #ItsTime.”

The uproar over the Quo Warranto brought many personalities to speak up.

Hopefully, they would also consider speaking out for the many other instances wherein our freedoms are being curtailed.

Isidro has been one of the most vocal among celebrities in the country about government and social issues. She previously spoke up against President Rodrigo Duterte’s war on drugs, the controversial P55-million cauldron in the last Southeast Asian Games and absent lawmakers during Senate and House sessions, among others.

The actress also expressed her own support for ABS-CBN last Monday, Feb. 10, by simply posting its logo and saying: “Walang iwanan (No leaving behind), Kapamilya.”

Calida filed the quo warranto petition in the Supreme Court also on Monday, accusing ABS-CBN of “highly abusive practices” and allegedly violating the terms of its franchise.

Meanwhile, bills calling for the renewal of the Kapamilya network’s franchise are still pending at the House of Representatives, just a little over a month before their legislative franchise expires on March 30.  /ra

2020 Filipinos of the Year: Health-care front-liners

Essential workers: The many faces of pandemic heroism

PH named 2nd most ‘Instagrammable’ place in the world

For P500, you can book this QC garden for private dining