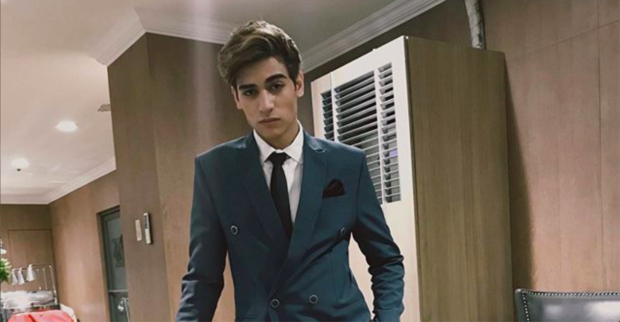 The “Pinoy Big Brother” alum opened up about the incident via a post on his Instagram Stories yesterday, Feb. 12.

He first firmly said that the thief would see his post before explaining that his Apple AirPods were taken. Addressing whoever stole his wireless earphones, Gallo said: “And let me tell you I’ll find you, and if I don’t I’m sure karma will [wink emoji].” 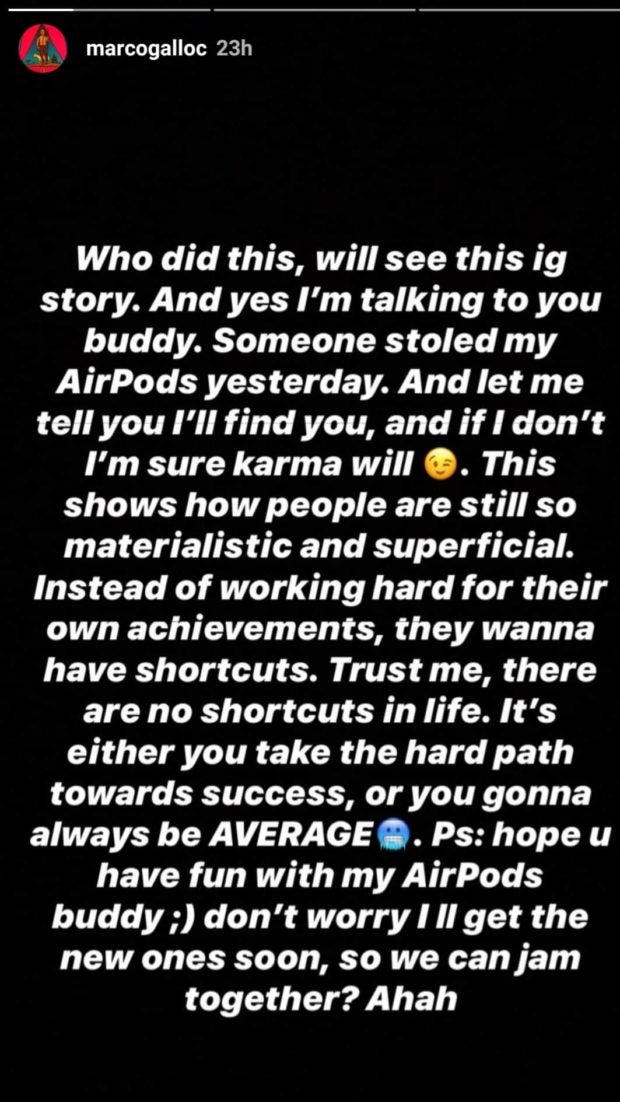 In light of the theft, Gallo noted that it showed “how people are still so materialistic and superficial.”

“Instead of working hard for their own achievements, they wanna have shortcuts.” Gallo said. “Trust me, there are no shortcuts in life.”

“It’s either you take the hard path towards success, or you gonna always be AVERAGE,” he added.

Gallo later teased the thief, saying he hopes the person has “fun” with his wireless earphones. Addressing the thief again, he said: “[Don’t] worry [I’ll] get the new ones soon, so we can jam together? [laughs].”

Gallo was part of the TV reality show “Pinoy Big Brother: Lucky Season 7” back in 2016. He has since appeared in various productions such as the recently concluded drama series “The Killer Bride” and the 2019 horror film “Santigwar.”  /ra

Marco Gallo opens up on falling for Juliana Gomez