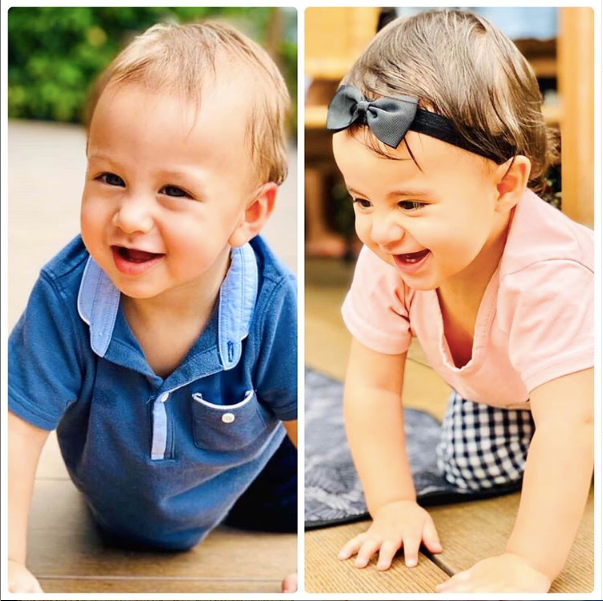 Korina Sanchez has reached another milestone in her journey as a mother after her twins, Pepe and Pilar, had their first birthday yesterday, Feb. 12.

Sanchez celebrated the twins’ birthday by posting a series of photos of the two via Instagram on the same day, where she also gave fans a peek into some of their most important moments.

“Happy First Birthday to my Twin True North Stars,” the doting mother said in a post showing photos of her boy, Pepe and her girl, Pilar, side by side.

The “Rated K” host also shared that Pepe and Pilar received a birthday blessing in the church they were baptized to mark their first year on Earth, and she shared snippets of the important occasion.

“ATM: A birthday blessing where the twins were baptized,” she said.

Pepe and Pilar are Sanchez’s first children with husband Mar Roxas, whom she has been married to since 2009. The twins were conceived through gestational surrogacy, DZMM anchor Pat Daza revealed last year in her radio show.

In another post, the mother recounted the first day she met her twins, saying she fixed herself up only to find out that the babies were not yet able to see back then.

“Before leaving for the hospital to meet my twins, I over set my hair with curlers. Naka makeup ako (I had makeup on). Sabi ni Mar, ‘Hindi pa nakakakita ang mga anak naten.’ Kaya nakatali bigla buhok ko (Then Mar said, ‘our children cannot see yet.’ So I put on a ponytail),” she recalled.

“Mixed feeling upon seeing them. But they kept smiling. They made me feel, ‘It’s going to be GREAT, Mama!’ And so it is,” she added.

Parents Sanchez and Roxas appeared ecstatic, unsurprisingly, as they spent their first moments with the twins, the photo showed.

The mother in one post showed off the very first photo of the twins, who she described to have “Liliputian feet,” but were “gigantic bundles of joy.”

“They were like velcro to each other. Kahit magkalayo sa crib, mayamaya, magkadikit na. Ngayon, nag-aaway na, hahahaha (When they are separated in the crib, it will only take a little time for them to stick together again. But now, they fight, hahahaha)!” she said in another post.

In another post, Sanchez described having Pepe and Pilar as “The beginning of the best times of our life,” noting that she and Roxas “knew it from the start.”

Even in her 50s, there is no stopping Sanchez from enjoying all the things motherhood has to offer, and she is not keeping it a secret. Last December, Sanchez also dedicated a series of Instagram posts to her twins to celebrate their 10th month. NVG

Korina Sanchez dispels notions about having a favorite child