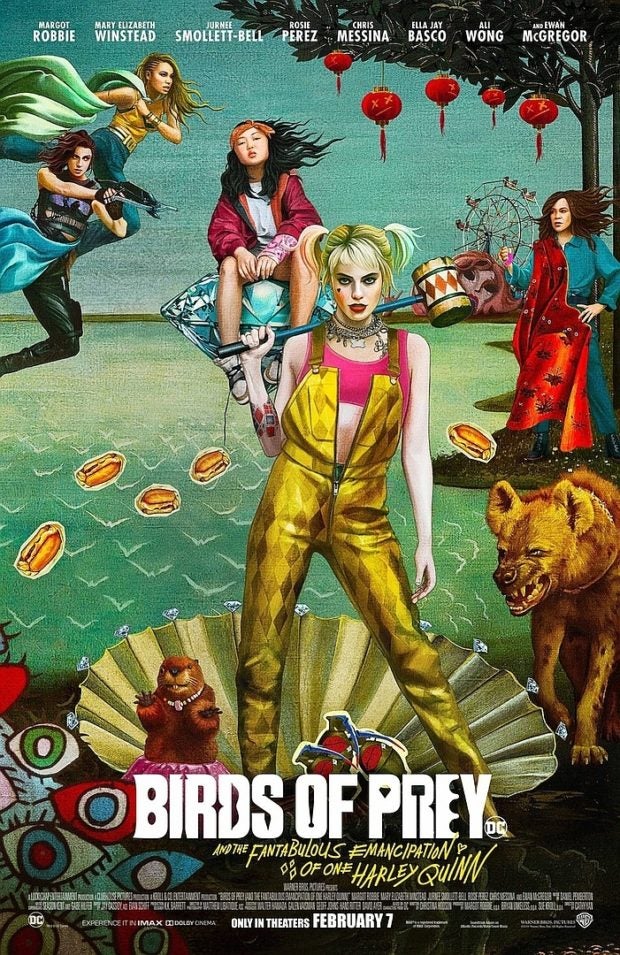 “Birds of Prey (and the Fantabulous Emancipation of One Harley Quinn)” has taken the lead in the world box office.

According to the latest data from Comscore, on Sunday, Feb. 9, the superhero action movie starring Margot Robbie zoomed past “Bad Boys For Life”, which had led the ranking for the previous three weeks.  The follow-up to 2016’s “Suicide Squad” brought in more than $81.2 million (around P4.1 billion) worldwide on its first weekend in theaters.

Bumped from their leading position in the world ranking by Margot Robbie and her crew, Will Smith and Martin Lawrence are now placed second with “Bad Boys For Life”. The third installment in the Bad Boys franchise directed by Adil El Arbi and Bilall Fallah took in more than $27.8 million worldwide, bringing its global accumulated sales to $336 million.

Not much changed for “Dolittle” with Robert Downey Jr. The fantasy adventure, which released on January 17 in the United States, maintained third place in the ranking with an additional $25.5 million in receipts.

Passed over for the Best Picture Award at the Dolby Theater in Los Angeles on Sunday, “1917” by Sam Mendes has lost two places, and is now ranked fourth. Absent from last week’s Comscore figures, “Parasite” by Bong Joon-ho, which won no less than four awards in the 2020 Oscars, has now entered the ranking’s top 10.

Here is the world box office’s top 10 (in millions of dollars):

01. Birds of Prey (and the Fantabulous Emancipation of One Harley Quinn) – 81.2