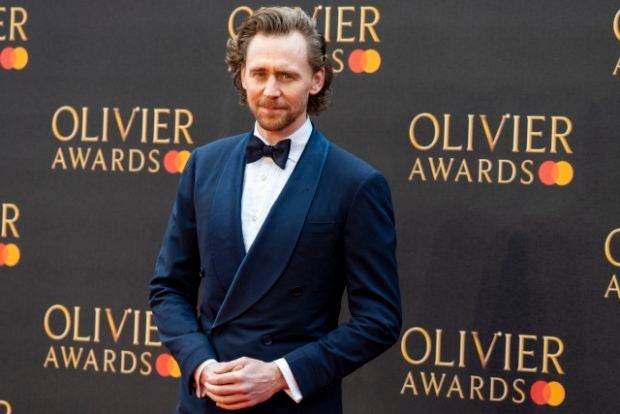 Hiddleston at The Olivier Awards at the Royal Albert Hall in central London on April 7, 2019. Image: AFP/Niklas Halle’n

At a time when he will soon feature in his own series on Disney+, Tom Hiddleston is also hard at work for rival platform, Netflix.

In the forthcoming series “White Stork”, the British actor will take on the role of James Cooper, a charismatic politician eager to win a seat in parliament, who falls foul of a vetting process, when a researcher, Asher Millan, discovers a number of secrets that could endanger his career, his marriage and several powerful investors.

Ten episodes will comprise the thriller series created by Christopher Dunlop, which will be directed by Kristoffer Nyholm (“Taboo”, “The Enfield Haunting”).

As it stands, the rest of the cast for the project has yet to be disclosed, and no date for the commencement of shooting or the release of the series has been revealed.

Hiddleston has not featured in a series since “The Night Manager”, which aired in 2016. In the spy story adapted from a work by John le Carré, he played alongside Olivia Colman, who won an Oscar in 2019, and Hugh Laurie (“Dr. House”).

In parallel with this new project, Hiddleston will continue to pursue his career in the Marvel Cinematic Universe, and will soon top the bill in “Loki”, a Disney+ series, which is destined for release on the streaming platform in 2021. RGA