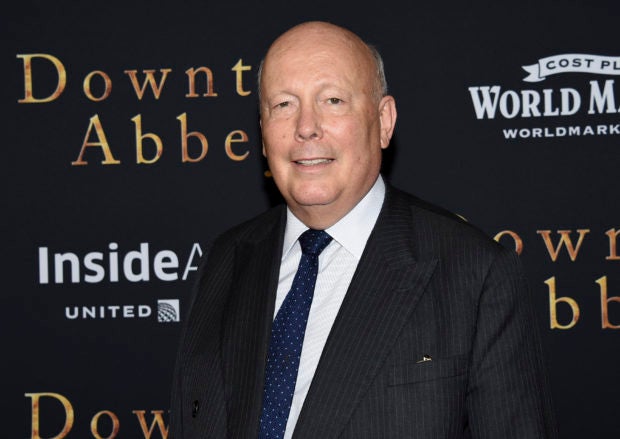 The period costumes of a Julian Fellowes drama can be excruciatingly accurate, as an actress in his new series “Belgravia” discovered.

The Epix drama from “Downton Abbey” creator Fellowes and executive producer Gareth Neame is set in 19th-century London and features Tamsin Greig, who starred in the TV comedy “Episodes”, and Philip Glenister (“Cranford”).

Asked if the elaborate outfits were difficult or easy to work in, Greig gave a quick reply.

“Do you think that they look easy?’ she said. “I was under the care of an osteopath within a week of filming, and I realized that I should have prepared better by wearing a corset for a few hours each day in the weeks up to beginning shooting.”

It is impossible to get the silhouette of the 1840s without the binding undergarment that women wore, she said. If the limited series’ actresses look like they are comfortable, Greig added, “it’s really great acting.”

Alice Eve (“Bombshell”) and Ella Purnell (“Sweetbitter”) also star in the series and joined in a presentation to TV critics Saturday. The six-part drama will debut April 12.

“Belgravia”, set in the grand London neighborhood of that name, was adapted by Fellowes from his eponymous 2016 novel. Asked to compare the series to “Downton Abbey”, the hit TV drama that unfolded in the early 1900s, Fellowes said the projects reflect the periods in which they are set.

For the Epix limited series, it is the “rise of the great Victorian era of manufacturing and money and … the expansion of London,” he said. “Whereas you could say that ‘Downton’ was on the other side of the hill, it was part of the decline, particularly as we follow it through the ‘20s.”

“Belgravia” is a “can-do show,” he said. “It’s really about people achieving what they want, despite the difficulties the society places in their path. … But I hope it is essentially a kind of uplifting tale.”

Fellowes was pleased by the reception for last year’s big-screen version of “Downton Abbey”, which arrived four years after the series ended on PBS, but was noncommittal about the possibility of a second film. He has got another TV series in the works, “The Gilded Age” for HBO, set in 1880s America. RGA