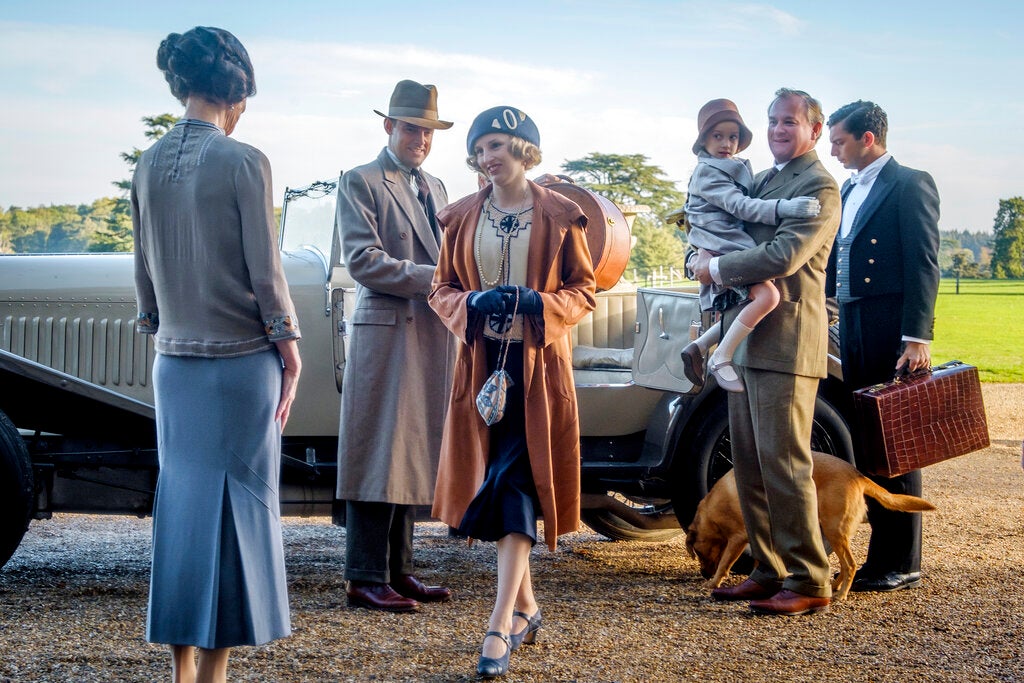 NEW YORK — Raise your tea cups! The big-screen encore of “Downton Abbey” handily (but very politely) thumped both Brad Pitt’s “Ad Astra” and Sylvester Stallone’s “Rambo: Last Blood” in theaters over the weekend in one of the more unlikely box-office upsets.

“Downton Abbey” debuted with $31 million in ticket sales, according to studio estimates Sunday, royally trumping the $19.2 million-opening for “Ad Astra” and the $19 million debut for “Rambo: Last Blood.” Neither the draw of Pitt in space nor a bandanna-wearing Stallone could match the appeal a tea party with old friends.

While the stout performance of “Downton Abbey” had come to be expected in the lead-up to release, it was still striking. The debut marked the best first weekend ever for Focus Features in its 17-year history. It ranks as the best opening for any specialty studio in a decade.

“We always knew that there was a tremendous amount of love for ‘Downton Abbey,'” said Lisa Bunnell, Focus’ distribution chief. “But as we started on working with promotions and special events for the movie, we realized that the love for ‘Downton Abbey’ goes way beyond what we even thought it was going to be.”

Coming four years since the series finale, “Downton Abbey” returns most of the original cast and was penned by its creator, Julian Fellowes. To drum up excitement, Focus hosted dress-ups and “Downton” parties. While the film drew a healthy amount of younger moviegoers (31% under 35), its audience was predictably largely female (74 and older (32% over 55) — a seldom-catered-to demographic.

Critics greeted the film warmly (85% fresh on Rotten Tomatoes) but audiences were even more enthusiastic, giving it an A CinemaScore. Having already played for a week in some international territories, “Downton Abby” has already brought in $61.8 million worldwide.

Reviews were similarly strong for James Grey’s “Ad Astra,” which premiered earlier in the month at the Venice Film Festival. It sits at 83% fresh on Rotten Tomatoes and comes on the heels of plaudits for Pitt in Quentin Tarantino’s “Once Upon a Time … In Hollywood” (which has grossed $344.6 million worldwide thus far).

But the film, in which Pitt plays an astronaut journeying through the solar system to reach his space-explorer father (Tommy Lee Jones), was a pricey one — especially for an artfully made drama predicated more on father-son psychology than sci-fi spectacle. The production cost around $100 million for 20th Century Fox, which was earlier this year acquired by the Walt Disney Co.

Disney postponed the release of “Ad Astra” from May to September. The result for “Ad Astra” follows disappointing returns for a handful of Fox films released under Disney, including “Dark Phoenix” and “Stuber.” ”Ad Astra,” which added $26 million overseas, will hope good reviews give the film some legs in the weeks ahead.

“It’s been a very rough go for many of the Fox releases,” said Paul Dergarabedian, senior media analyst for data firm Comscore. “I think this is a solid debut. It’s certainly an expensive movie. Anytime you swing for the fences with an outer space film, you have to spend quite a bit of money.”

Lionsgate’s “Rambo: Last Blood” is the fifth “Rambo” movie going back to the 1982 original, “First Blood.” Fashioned as the franchise’s final installment (Stallone is now 73 years old), it did about the same as the previous 2008 reboot, which opened with $18 million before ultimately grossing $113 million worldwide. “Last Blood” got especially terrible reviews, though; it’s only 31% fresh on Rotten Tomatoes.

That trio of new releases outperformed a pair of strong holdovers. After two weeks at the No. 1 spot, Warner Bros.’ “It Chapter Two” slid to fourth with $17.2 million. The STX’s stripper tale “Hustlers,” starring Jennifer Lopez, earned $17 million in its second weekend.

Those very divergent options in theaters added up to a lot of choice for moviegoers. The weekend was up 30% from the same frame last year, according to Comscore.