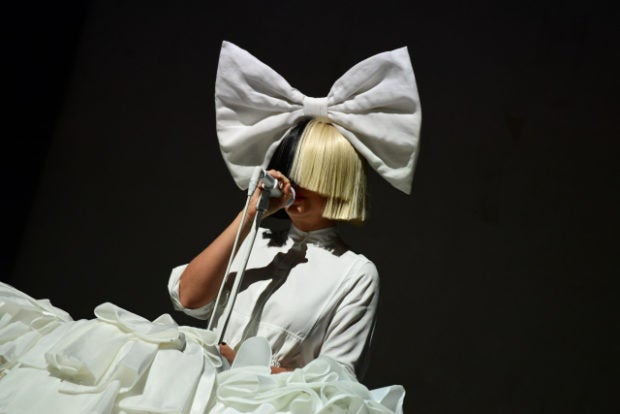 Sia performs on the main stage at the “Sziget” Island Festival in Budapest on Aug. 15, 2016. Image: AFP/Attila Kisbenedek via AFP Relaxnews

Singer Sia kicked off the new year with the uplifting single, “Original”, off the soundtrack for Robert Downey Jr.’s new film “Dolittle”.

For “Original”, the Australian superstar worked with songwriters-producers Sean Douglas and Jesse Shatkin, with whom she previously collaborated for her 2014 hit “Chandelier”.

The upbeat song finds the award-winning vocalist taking control of her own life, as she does not want to “waste [her] life being typical.”

The inspirational pop anthem marks Sia’s first new release since her 2019 “Out There”, for which she collaborated with Oscar-winning composer Hans Zimmer for BBC’s documentary series “Seven Worlds, One Planet”.

Sia dropped her latest and eighth solo album, “Everyday is Christmas”, in November 2017.

Last April, she collaborated with Labrinth and Diplo to release their debut album as the supergroup LSD, “Labrinth, Sia & Diplo Present… LSD”.

She has also kept herself busy by composing songs for Natalie Portman in the 2018 drama “Vox Lux: A Twenty-First Century Portrait”, in which the actress is joined by Jude Law, Raffey Cassidy and Stacy Martin.

More recently, she contributed to the original soundtrack for the upcoming adventure film “Dolittle”, which is based on Hugh Lofting’s “The Voyages of Doctor Dolittle”.