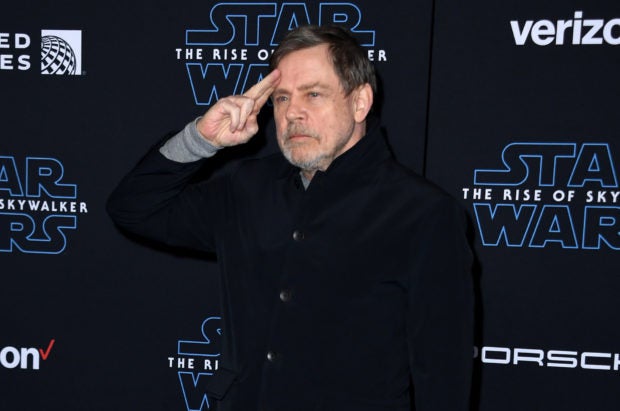 Mark Hamill, the actor famous for legendary “Star Wars” film character Luke Skywalker, has quit Facebook for its refusal to require political ads to be honest.

“I know this is a big ‘Who Cares?’ for the world at large, but I’ll sleep better at night. #PatriotismOverProfits.”

Hamill’s message triggered a flood of replies, with many lauding his decision to use his celebrity platform to make a statement about honesty in politics.

“Facebook, pay attention. You’ve lost the man who played Luke Skywalker,” one fan commented. “The only thing worse than that is maybe Santa Claus telling you to feck off. Might be time to rethink things.”

In contrast, another tweet questioned whether it was Facebook’s place to censor politicians or their ads, and suggested instead putting notice labels on demonstrably false messages.

“Giving up Facebook doesn’t solve the problem,” the Twitter user replied to Hamill. “Fake news is everywhere. What happens next? Give up the internet?”

Facebook this month enacted a new ban on posts or ads that interfere with people taking part in the United States census, which will have an online participation option this year.

The census interference policy forbids deception about when or how to take part in the U.S. census, or the significance of participating, according to the California-based internet titan.

Facebook, criticized for its hands-off policy on misleading comments from politicians, said it would not allow political actors to post false information about the census, in a policy similar to theirs on “voter interference.”

Online platforms face the challenge of stopping an avalanche of disinformation while remaining open to political debate and free speech.

Google recently placed restrictions on how advertisers can target specific groups of voters, while clarifying its policy by indicating it does not allow “false claims” in advertising, political or otherwise.

Twitter has banned most kinds of political ads to steer clear of checking the veracity of claims by politicians, but some analysts say the ban ends up helping incumbents and well-financed candidates. IB/RGA