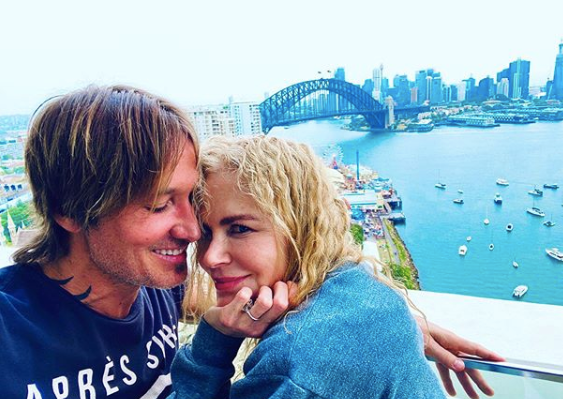 Australian-American actress Nicole Kidman and her husband and fellow Aussie, country singer Keith Urban, offered their help to victims of the on-going wildfires all over Australia by donating $500,000 to local fire services.

Kidman extended her thoughts and prayers to everyone affected by the bushfire, as she also requested her fans and social media followers to show their support by making a donation to the local state fire services. The actress included the links to their websites on her Instagram post today, Jan. 5.

The Academy Award winner also acknowledged the Australian fire department’s efforts in trying to put off the fires.

The Australia-raised country singer also made a similar post as his wife on the same day.

Aside from the couple, Urban’s fellow musician, Pink has made a significant donation to the Australian fire services as she also pledged $500,000.

“I am totally devastated watching what is happening in Australia right now with the horrific bushfires,” Pink said on her Instagram account yesterday, Jan. 4. “My heart goes out to our friends and family in Oz.”

Meanwhile, Kidman’s representative told People yesterday, Jan. 4, how the fire very much upset the couple. Kidman was apparently distracted during an event in Beverly Hills due to the persistent wildfires. The representative clarified that the couple’s house in Australia has not yet been affected by the flames.

“Their house is not on fire. It is under threat, so they are keeping a close eye on it,” the representative said.

Since last summer, there have been 23 confirmed deaths caused by the fire. Australia’s prime minister has also called upon 3,000 military reserve forces to help with the bushfires, since strong winds and high temperatures in the country might bring the flames to more populated areas. Cha Lino/JB