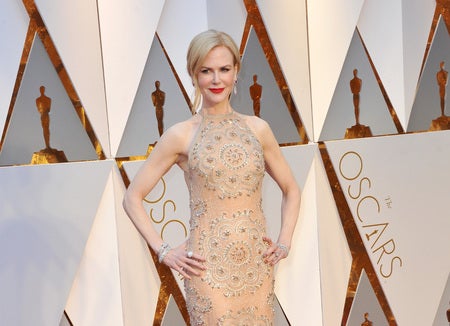 The movie that will tell the tale of the downfall of Roger Ailes, the Fox News chairman and CEO accused of sexual harassment, will hit the big screens on Dec. 20.

After a string of setbacks, the movie about the Fox News scandal finally has a release date. According to press reports in the U.S., it will hit screens there on December 20, 2019.

The movie focuses on the Roger Ailes sexual harassment case, which shook Fox News and the TV world, setting the stage for the #MeToo movement which changed the movie industry and precipitated the downfall of producer Harvey Weinstein. The plot will examine the downward spiral of Fox News founder Roger Ailes, who was accused of sexual harassment by several female journalists.

In the wake of these accusations, Roger Ailes resigned from Fox in July 2016. He died in May 2017.

The film’s title is still unknown. John Lithgow (“Dexter”) will play the businessman and Nicole Kidman will take on the role of journalist Gretchen Carlson who filed a lawsuit against Roger Ailes in 2016. Charlize Theron will play high-profile journalist Megyn Kelly whose decision to make her allegations against the Fox News boss public had a considerable impact on the case.

Jay Roach (“Austin Powers”) will direct, and the script is penned by Charles Randolph who won an Oscar for “The Big Short” in 2016.

The project found itself in danger when Annapurna dropped it in October 2018, two weeks before shooting was scheduled to begin. Lionsgate then decided to buy the movie which is co-financed with Bron Studios. JB

Kidman, Theron to star in film on harassment at Fox News

Read Next
Tom Hanks WWII drama ‘In the Garden of Beasts’ to be directed by Joe Wright
EDITORS' PICK
A massive highway complex makes living in the South highly attractive
Beyond the Chocolate Hills: A farm-to-table, heritage culinary adventure of Bohol
Metro Manila logged most number of new COVID-19 cases — OCTA Research
House energy committee chair Arroyo bats for cheap electricity
Guarding Sara: Why next VP is getting own security team
WHO says monkeypox is not yet a health emergency
MOST READ
Leon Barretto steps up for sisters, asks dad Dennis Padilla: ‘Please stop resorting to public shaming’
LOOK: Rita Daniela pregnant with first child
Bea Alonzo, under lie detector test, says she wants prenup agreement with future husband
Marjorie Barretto to speak up on Dennis Padilla, kids’ relationship ‘in time’
Don't miss out on the latest news and information.